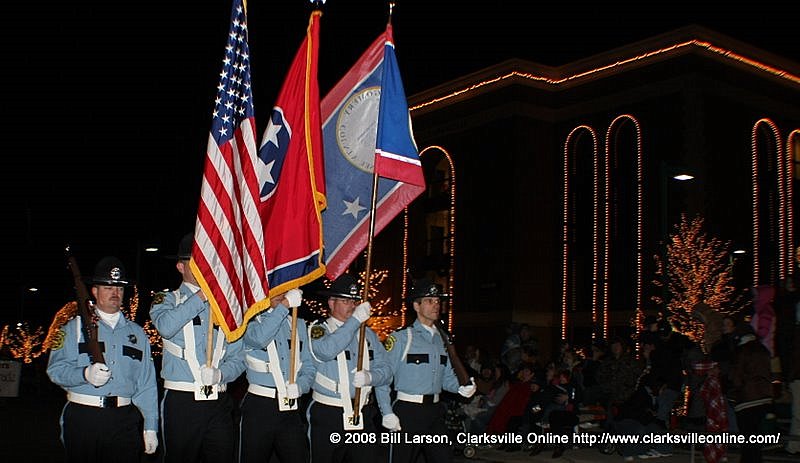 Despite unusually cold temperatures and a bit of a brisk wind, Christmas revelers were out in force for the annual Jaycees Christmas Parade. By mid-afternoon sponsors were queuing up in the parking lots of Austin Peay State University to put the finishing touches on their float entries.

Even as the finishing touches were added at APSU, festivities downtown were warming up with the choral work of the Northeast High School Choir (well bundled against the cold) under the direction if teacher Debbie Wilson.

The parade and its two Marching Bands (Rossview and Northeast High Schools), floats, and both civic and business entries, stepped off at 5 p.m. from the APSU campus, took approximately an hour and a half to wind its way downtown. 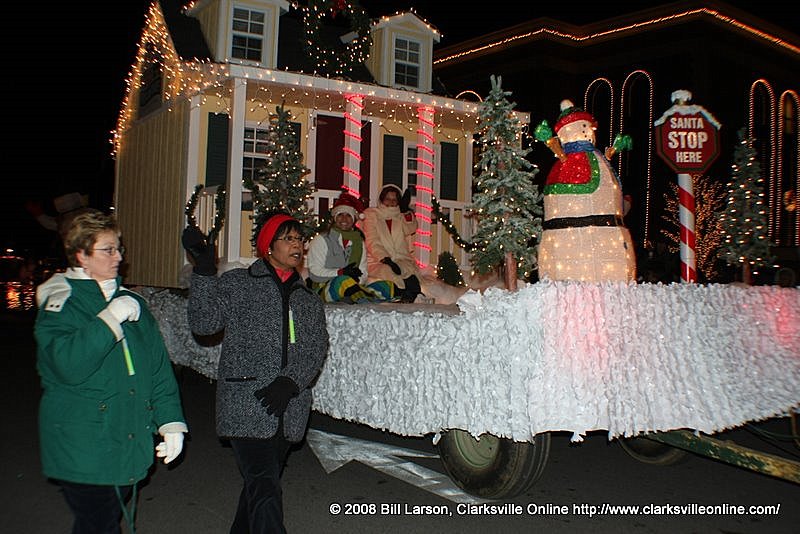 Earlier in the day, the downtown business district celebrated the season with a “Buy Local Shop Local” campaign called “Downtown for the Holidays.” Numerous stores decorated their exteriors with greens and lighting. the Downtown Artist’s Cooperation offered music and refreshments. At Visions Metaphysical Boutique, pumpkin pie (with whipped creme), cookies and a welcoming glass of hot apple cider helped visitor shed the chill of the day.

The lighting of the Courthouse Christmas Tree wrapped up the celebration.