HomeNewsElection of Tennessee Constitutional Officers: Comptroller of the Treasury
NewsOpinionPolitics

Election of Tennessee Constitutional Officers: Comptroller of the Treasury 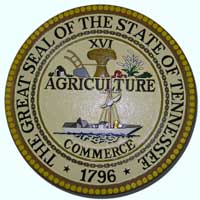 This is the first in a three-part series by Clarksville Online author Blayne Clements. The series continues on Tuesday, January 6 and Wednesday, January 7.

The Republicans have gained control of the state house and senate, and  have the numbers to replace the three current constitutional officer: Secretary of State, State Treasurer, and State Comptroller.  On Monday, December 15th, Republicans held interviews of potential candidates for these offices.

Per a recent article in the Tennessean,  “Senate Republican Leader Mark Norris of Collierville, said it will create a “level playing field” and transparency for what has long been a closed-door system of selecting political insiders.”

I have been listening/watching the interviews of the Republican candidates for the Constitutional Officers (link provided at end of article).  After reading their resumes, listening to the  interviews, I thought it would be nice to share what I have learned in an effort to promote the transparency of the process.

My goal is to do an unbiased article on each position, and the prospective candidates.  First up, Comptroller of the Treasury. For those that want to see Mr. Wilson’s interview, he is the first candidate in Part 1 of the video.

Duties of the Comptroller

“Statutes prescribe the comptroller’s duties, the most important of which relate to audit the state and local government entities and participation in the general financial and administrative management of the state.  In addition to the Department of Audit, the Office of the Comptroller includes the divisions of Management Services, Bond Finance, Local Finance, Local Government, Property Assessments, State Board of Equalization, Offices of Research and Education Accountability and State Assessed Property. The Comptroller of the Treasury is also a member of over 35 committees, boards and commissions.“

Basically, the Comptroller is charged as the state watchdog and financial adviser, selling bonds, auditing state and local government, and advising the legislature on financial issues.  Mr. Wilson, the  only Republican applying for the position, described the position as the state’s  “money cop” when he was interviewed this week by a panel of Republicans.

It is my understanding that the current Comptroller, John Morgan, does not need to formally apply, but will be considered in the General Assembly’s election.  But with the Republicans in the State Legislature acting on a perceived mandate having taken control of both the state house and senate for the first time in 140 years, his chances appear slim.

Mr. Wilson is a well known environmental lawyer.  In September 2002, the Cumberland Trail State Park was renamed to “The Justin P. Wilson  Cumberland State Park” in recognition of Mr. Wilson’s “dedication and leadership in catalyzing the efforts to rebuild the trail.”  Gov. Sundquist wrote an Executive Order (#33)  naming him “Conservationist of the Year” in 1996.  He was also a Deputy Governor under Sundquist.

In 1996, he served as Commissioner of the Tennessee Department of Environment and Conservation.  As Commissioner he was responsible for 3,500 employees, 53 state parks, and the state’s regulation of its air, water and other natural resources.

Mr. Wilson has been a past treasurer for the Tennessee Republican Party.  In 2001, he was an alternate delegate for the Republican National Convention.  Mr. Wilson’s was also  a part of the Bush-Cheney transition team in 2000-2001, for environmental issues.  Bush ’41 nominated him to a seat on U.S.  Court of Appeals for the Sixth Circuit Court.  Democrats never voted on his nominations, and his nomination expired with the election of President Clinton. He teaches adjunct at Vanderbilt University (and was a past president of the Vanderbilt Blair School of Music).

According to an article by Knoxnews.com on State Majority Leader Mark Norris’ website, Mr. Wilson has given over $127,ooo to Republican causes.  Senator Norris doesn’t think that is a problem, “I don’t think anybody is trying to buy those positions,” he said, though adding there could be concerns about public perception to the contrary.”

Mr. Wilson also has a LLM, which is a Master’s Degree in Taxation, and is the Chairman of the Nashville Electric Service.  NES sells bonds on the open market, which should be helpful because selling state bonds is main duty of the Comptroller.  Also at NES, Mr. Wilson is the co-trustee of the NES pension plan, consisting of $210 million dollars of assets.

Here are a few details on the current Comptroller, John Morgan, straight from the comptroller website:

“Morgan graduated from Austin Peay State University in 1974. He did graduate work at Louisiana State University from 1974 to 1976.  He entered state government as a research assistant for the Legislative Fiscal Review Committee in 1976. From 1978 to 1980 he was a research assistant in the Department of Finance and Administration, and from 1980 to 1982 was an administrative assistant to the State Treasurer. In 1982 he began working in the Office of the Comptroller of the Treasury as assistant director of Bond Finance, and in 1983, as director of Bond Finance. In 1987 he also became assistant to the Comptroller, as well as Director of Bond Finance. In October of 1987 Morgan left state government and was vice president, director of Public Finance of Third National Bank in Nashville. In February of 1989 Morgan returned to state government as executive assistant to the Comptroller of the Treasury, and in January 1999 was first elected Comptroller of the Treasury by the Tennessee General Assembly. He was reelected to this position in 2001, 2003, 2005, and 2007.  Morgan is a member of the Association of Government Accountants and the American Society of Public Administration. “

Republicans make clear in their questions to the candidates that they think that the current Treasurer and Comptroller have used their positions as a “bully pulpit” (their words not mine) to advance an state income tax during tough times.  The tone and wording of these questions indicate they feel that the current officers pro-income tax position hinders them from providing the Legislature with independent, quality council on fiduciary matters.

I commend the Republicans for attempting to make the process “transparent”; however, it is only transparent to those that are looking at it.  I encourage you to take some time to read up on this issue, the candidates and the process.  Contact your Representative and Senator and express your opinion, and follow up on how they vote in January.

Link to interviews and resumes – http://taxingtennessee.blogspot.com/2008/12/constitutional-officers-candidate.html