Richards posted her third straight top-10 finish, completing the five-kilometer course in 18:52.82. She was joined in the top 10 by sophomore Kendra Kirksey whose time of 19:06.82 was ninth in the 107-woman race.

“I thought we ran a strong race,” said head coach Doug Molnar. “I believe we were a little tired in the second half of the race. We still had a group in the teens with our No. 5 runner just on the outside. Each week we’re getting better out there. We’ll rest up over the next few weeks and give it a go at the conference championship.” 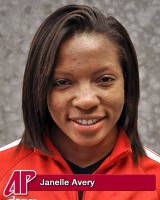 Austin Peay will take the next two weeks off before the October 28th Ohio Valley Conference Cross Country Championships in Richmond, KY and hosted by Eastern Kentucky.