HomeNewsClarksville Police arrest Man for breaking into Frank's Hamburgers one day after...
News

Clarksville, TN – Once again, Michael Wayne Birdwell has proven to be consistent in his willingness to commit crime. Birdwell was released from jail, July 3rd, 2012, around 10:45am on his own recognizance after serving 18 days for a Violation of Probation.

He didn’t waste any time before he had another encounter with law enforcement. On July 4th, 2012, shortly after midnight, Clarksville Police were called to 106 North 2nd Street in reference to a Burglary of a business. 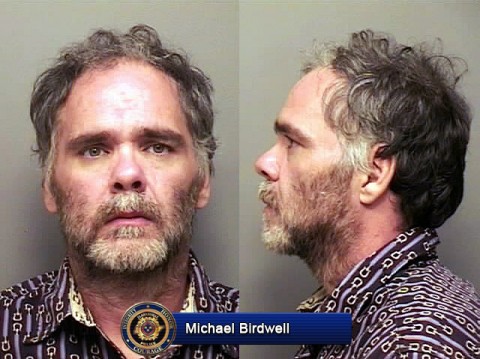 Witnesses walked by Frank’s Hamburgers and saw the front door glass of the business broken. The witnesses approached the business and heard noises coming from inside. They backed away as they saw the man in the business.

One of the witnesses called 911 while the other followed the burglar, but lost sight of him.  Witnesses provided a detailed description of the suspect.

A short time later, patrol officers spotted a man, later identified as Michael Wayne Birdwell, on North Second Street meeting the description of the man seen running from Frank’s. The witnesses positively identified Birdwell as the man they saw coming out of Frank’s.