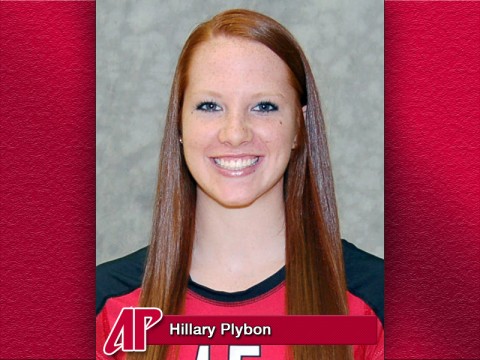 Plybon, of Orrville, Ohio, led the Lady Govs with 44 kills (2.93 kills per set) in four tournament outings. She posted a .429 attack percentage and was credited with seven blocks. Plybon opened the tournament with a career-best 19-kill performance in Austin Peay’s victory against host Memphis.

After that career outing, Plybon followed up with a 15-kill effort against UALR. She had a quieter Saturday with just 10 kills in the day’s six sets.

Austin Peay has a short turnaround before traveling to Western Kentucky for a 7:00pm, Tuesday contest.