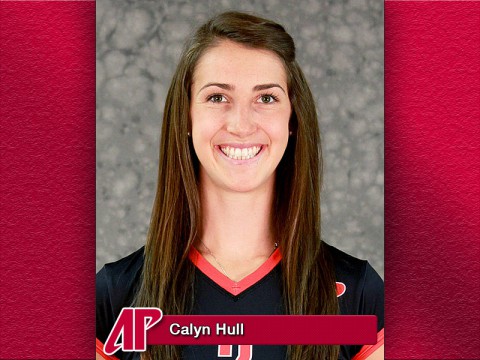 Hull, of Denver, CO, stepped up after the Lady Govs saw leading hitter Jada Stotts depart due to an injury after the tournament’s first set. Hull recorded just eight kills in that opening match against Virginia Tech as Austin Peay’s offense adjusted to the loss of Stotts.

It was Austin Peay’s second match that day that saw the offense make the adjustment and Hull was an integral part of the change. She recorded a career-high 25 kills on 65 attack attempts in the five-set victory against North Dakota. Hull also picked up the pace on defense, recording a season-high tying 13 digs.

Hull kept up the effort in the tournament’s second day. She led Austin Peay with 13 kills in a three-set loss to UAB. She followed that with another team-best 19 kills and a season-best .359 attack percentage in a five-set loss against host Middle Tennessee.

Austin Peay returns to action at the three-day, four-match Comcast Lady Vol Classic. The Lady Govs will face host Tennessee in a 6:00pm, Thursday contest that will be the third-ever meeting between the two volleyball programs.