Richards clocked in at 21:38.21 – an average of 5:57 per mile – to break her 22:36.20 mark set in last season’s race. She was the second Ohio Valley Conference runner across the line, behind only Belmont’s Hannah Wittman, who finished 49th, with a 73rd-place finish in the 194-runner field.

With this season’s record-breaking run, Richards has now shaved more than two minutes off the record mark from where it was two seasons ago. 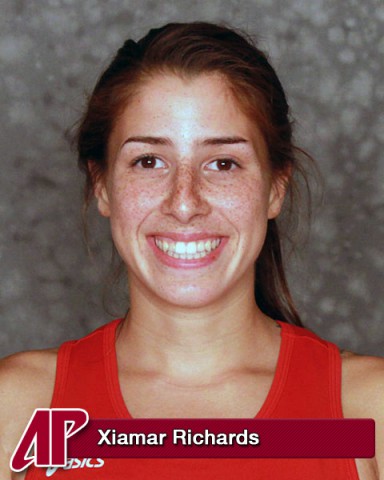 “CiCi didn’t feel that well today,” said head coach Doug Molnar. “She was up with the lead pack at the 2000-meter mark, then cramped up and dropped off the pace. It’s a tough way to go out after the way she’s run all season.”

“The gap was too big between CiCi and the rest of the group,” Molnar said. “The plan was to go out at a comfortable pace and I think we were a little too comfortable early. We never made up a lot of ground after that.”