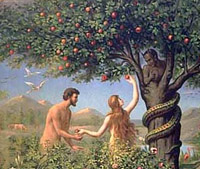 Clarksville, TN – “This can all be yours if you give me your devotion,” Satan said to Jesus (Mt. 4:8–9). Satan is still saying the same thing to us, but we must not think that worshiping him means a literal bowing at some pagan altar. It’s far more subtle than that, but just as fatal to our spirits. In fact, partnering with Satan doesn’t require any literal acknowledgement of Satan as lord; it requires only a submission to his will.

Our society is not only comfortable with gross immorality, we applaud it. Too often, believers applaud it as well. Many times, we’ve said, “Thy will be done” to the enemy by simply turning on the TV; it’s as simple and unremarkable as that.

You may think I’m being too harsh. After all, we were in an uproar back in August over the Miley  Cyrus debacle, weren’t we? Yes—but only because we once knew her as Hannah Montana, the innocent little girl to whom we could relate, and thus the VMA incident was appalling.

Yet it was nothing new to MTV, or even TV in general. (We’ve even sunk so low as to give the hip grind that mimics sex its own name.) We’ve become so desensitized that, if Miley had been flanked by twenty other young women, all gyrating like she did, we’d have thought nothing of it because we had no personal connection to them as we did to her.

We’ve also become numb to “little details” like song lyrics. I’ve been as guilty as the next person: if we love the beat and melody, we excuse ourselves from paying attention to the words. I was at an event this past summer where the band played Blurred Lines and everyone, including seven-year old girls, were singing along, word for word: “The way you grab me, must wanna get nasty.” And that’s one of the more tame lines.

And if so, does that still matter?

Media, music, books: these are just a few of the tools through which Satan says, day after day, “This can all be yours.” Through them, we vicariously live in gross luxury, sleep with whomever we choose and then sing about it, backstab our friends and then lie and laugh about it. Through them, we say yes to the principles of the enemy of our souls.

And all the while, the Lover of our souls is offering limitless grace, deep peace, unmerited forgiveness, boundless love—and Himself. May we say yes to Him instead. 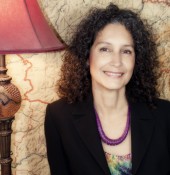