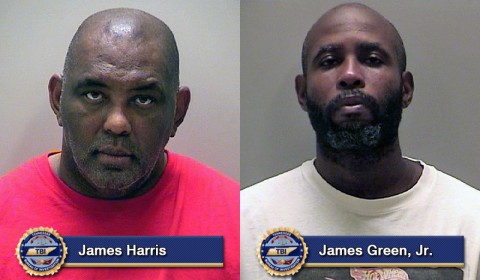 During the course of the investigation, Agents developed information that James Elston Harris, 54, of Hogansville, GA, and James Green, Jr., 42, of LaGrange, GA, engaged in sexual intercourse with the victim.

In statements to TBI Agents, both men admitted to the sexual activity.

On June 13th, the Wilson County Grand Jury returned indictments for the two men, charging each with one count of Aggravated Statutory Rape. On Tuesday, both men were booked into the Wilson County Jail and subsequently released after posting $5,000 bond.