During the course of the investigation, TBI Agents, along with investigators from the Ridgetop Police Department, developed information that in February, Carter, a manager of Royal Tease Salon in Greenbrier, TN obtained the credit card information of a patron. 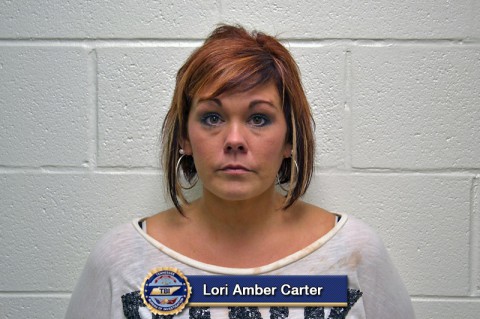 On September 17th, the Robertson County Grand Jury returned indictments for the 36-year-old White House woman, charging her with Identity Theft and Fraudulent Use of Credit Card.

Additionally, Carter faces a charge of Evading Arrest. On Monday night, TBI Agents arrested her at a friend’s home. She was booked into the Robertson County Jail and later released after posting $8,250 bond.