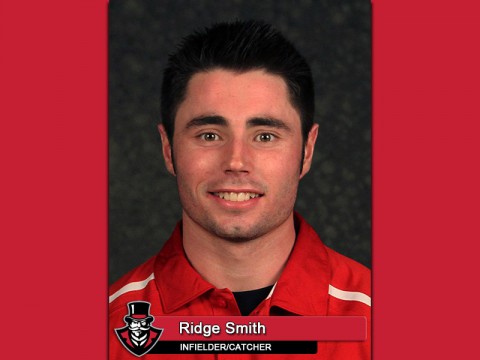 Smith, of Cordova, Tennessee, moved into the leadoff spot against Southern Illinois, April 15th, for only the second time this season and promptly scored five runs as part of a 3-for-4, two walk outing.

That performance solidified his spot in the lineup’s top spot and he responded in the Govs series at Eastern Kentucky, opening the set with a 5-for-5 performance en route to finishing the series 9-for-13 (.692) with three walks (.750 on-base percentage), a double and two RBI.

Smith finished the week batting an impressive .706 batting average and a .773 on-base percentage in four games played. In addition, he struck out just once in 22 plate appearances. The week’s effort boosted him to a team-leading .357 batting percentage this season.

It is the second time this season an Austin Peay hitter has been named the TSWA Player of the Week. Outfielder Patrick Massoni picked up the organization’s March 10th award.