Missing in Action Soldiers Among Those Remembered 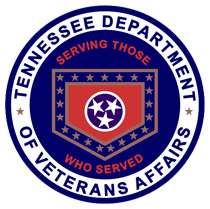 Haslam presented surviving family members with the Honor and Remember Flag and an Iris which is the official state flower. 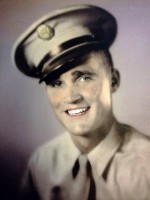 Private First Class Cecil Harris of Shelbyville was serving with the 179th Infantry Regiment, 45th Infantry Division on January 2nd, 1945 when his platoon came under attack during World War II. When the platoon was able to regroup, fellow soldiers realized Harris was missing.

In September, 2013, a French national alerted federal officials to the discovery of a possible grave of an American service member. The grave was excavated and Harris was positively identified. He was later buried at Arlington National Cemetery on October 22nd, 2014.

Jones is believed to have died at a prisoner camp on February 28th, 1951.

His remains were not identified until 2014. Jones was buried at the Chattanooga National Cemetery on March 6th, 2015. 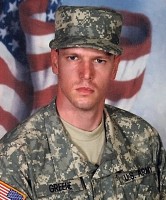 Specialist Frederick Greene of Mountain City was killed during a shooting rampage at the Fort Hood Soldier Readiness Processing Center on November 5th, 2009.

The 29-year old father of two was preparing to deploy to Afghanistan.

Governor Haslam declared May 15th, 2015 as Gold Star Family Day and formally presented the proclamation to Greene’s wife, Christie Greene and their daughters Haley and Allison as well as his mother Karen Nourse and step-father Rob Nourse.

“We want to take a moment to remember the heroism of each of these young men and extend our support and sympathy to the families they left behind,” Haslam said. “We encourage all Tennesseans to learn more about those who have given the ultimate sacrifice for their state and country.”

“Each life lost in battle leaves wounds that may never heal for the families they left behind,” Grinder said. “Please remember the surviving family members of our fallen and the sacrifice of each of these brave Americans.”

“Those we honor and remember today represent far more than the stone monuments that mark fields of battle,” Haston said. “Those we memorialize today represent by their actions the reverent belief that some things are worth dying for. Let’s strive to make every day Memorial Day by never failing to honor the men and women who gave their all.”

The “Honor and Remember Flag” was presented to surviving family members during the Governor’s Memorial Day Event. The flag is a combination of memorial symbolism to include a large red section which represents blood spilled by service members in America’s military throughout history.

The blue star represents active service in military conflicts from the American Revolution to present day. The white border around the gold star recognizes the purity of sacrifice.

The gold star reflects the value of life that was given.

The folded flag signifies the final tribute to an individual life that a family sacrificed and gave to the nation. The flame is an eternal reminder of the spirit that has departed this life yet burns on in the memory of all who knew and loved the fallen hero.