HomeSportsAPSU Governors Basketball to participate in Maui Invitational; but only in the...
Sports

APSU Governors Basketball to participate in Maui Invitational; but only in the States Portion

Clarksville, TN – The good news is Austin Peay State University men’s basketball team will be playing in the 32nd Annual Maui Jim Maui Invitational in November. The bad news is the Governors’ ending destination won’t be in Hawaii, but in Greeley, Colorado. 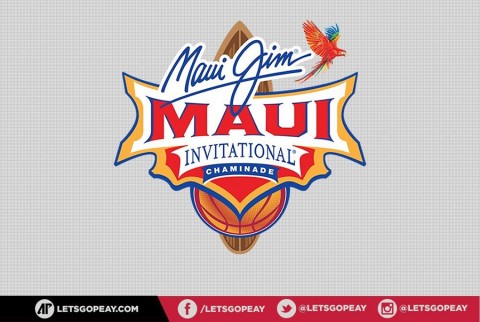 The Governors only will take part in the 2015 opening and regional games portion of the Maui Invitational.

Three days later, Monday, November 16th, the Governors will travel to Bloomington, IN, to face Indiana. It will be APSU’s first trip to the IU campus and Assembly Hall since December 1992.

While Vandy, Indiana, Kansas, St. John’s, UCLA, UNLV and Wake Forest head to Maui (Chaminade again is the host), the Govs, Cal-Poly and Maryland-Baltimore County head to Greeley, with Northern Colorado serving as host. The Govs will battle the hosts, Saturday, November 21st, before wrapping up tourney play against one of the two remaining teams the following day.

The remainder of the 2015-16 Governors’ basketball schedule is expected to be announced at www.LetsGoPeay.com in the upcoming days.