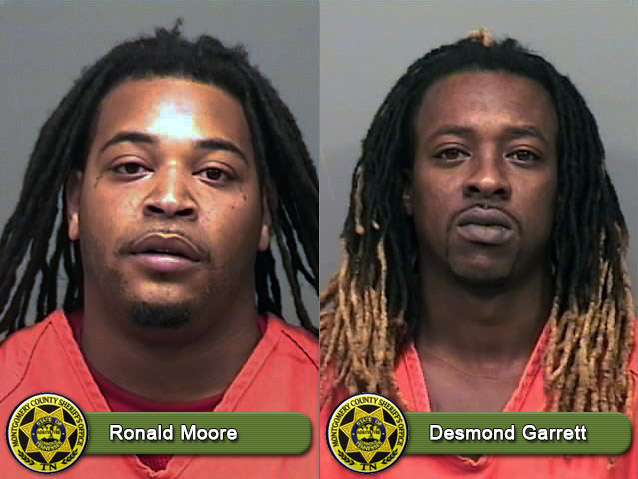 While on routine patrol Deputy Jonathan Inman located a stolen vehicle on Cumberland Drive. Inman followed the vehicle as it turned onto Martin Street and called for backup.

Inman, joined by Deputy Kelley Potter, attempted to make a traffic stop. When the deputies exited their patrol vehicles, the suspects made a 360 degree turn in the street, then drove off at a high rate of speed. 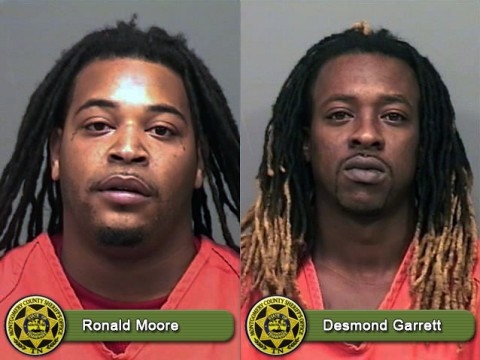 Inman and Potter followed in pursuit. At the end of Martin Street the suspects made a U-turn and collided into Potter’s patrol vehicle.

Deputies arrested the driver and passenger of the vehicle. A probable cause search of the vehicle yielded a loaded stolen Glock 27 .40 caliber pistol.

Driver Ronald Moore was charged with possession of a firearm – commission of dangerous felony, evading arrest in a vehicle, automobile theft, reckless driving, resisting arrest, aggravated assault, and contempt. His bond is $50,000.

Passenger Desmond Garrett was charged with theft of property. His bond is $2000.

No one was injured in the pursuit or accident. 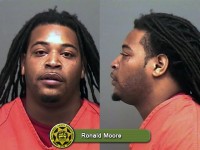 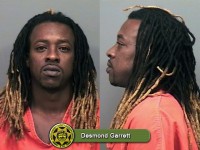