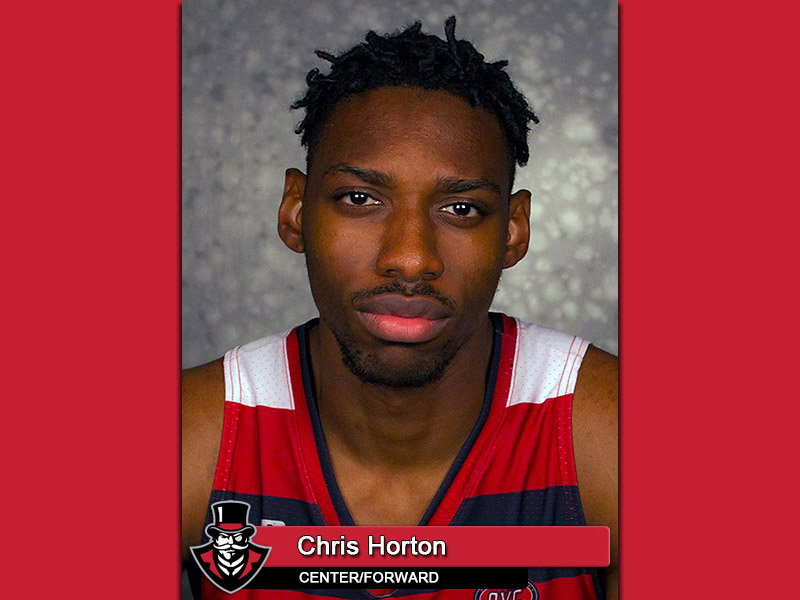 Nashville, TN – Senior center Chris Horton, who averaged 19.5 points and 13.5 rebounds per game last week and who led Austin Peay State University to a road win, Saturday, at Troy, has been named the adidas® Ohio Valley Conference Player of the Week. 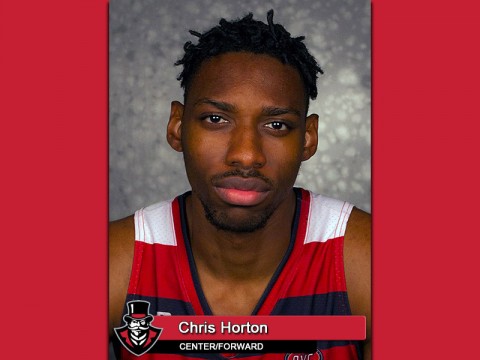 As APSU’s only double-figure scorer in a road defeat at Texas A&M-Corpus Christi, Horton finished with 18 points on 8-of-14 shooting while snaring 14 rebounds.

He followed that up with 21 points, on 7-of-11 shooting, against Troy while grabbing 13 more rebounds and blocking five shots. Horton, who recently struggled with a two-game free-throw shooting slump, bounced back to make 7-of-8 free throws against Troy. The 20-point game was his second this season and 14th of his career.

The double-doubles were the sixth and seventh (he has 43 for his career) this season as he ranks second nationally in that category and fifth (13.0 rpg) in rebounding. The five blocks were the third time in the last four games he had three or more blocks. Of his 27 rebounds on the week, 17 were on the offensive glass.

For the season, the preseason All-OVC selection is averaging 15.9 points, 13 rebounds and 2.7 rebounds per game. He is shooting 55 percent from the floor through the first nine games. Horton entered the week ranked fifth nationally in rebounding.