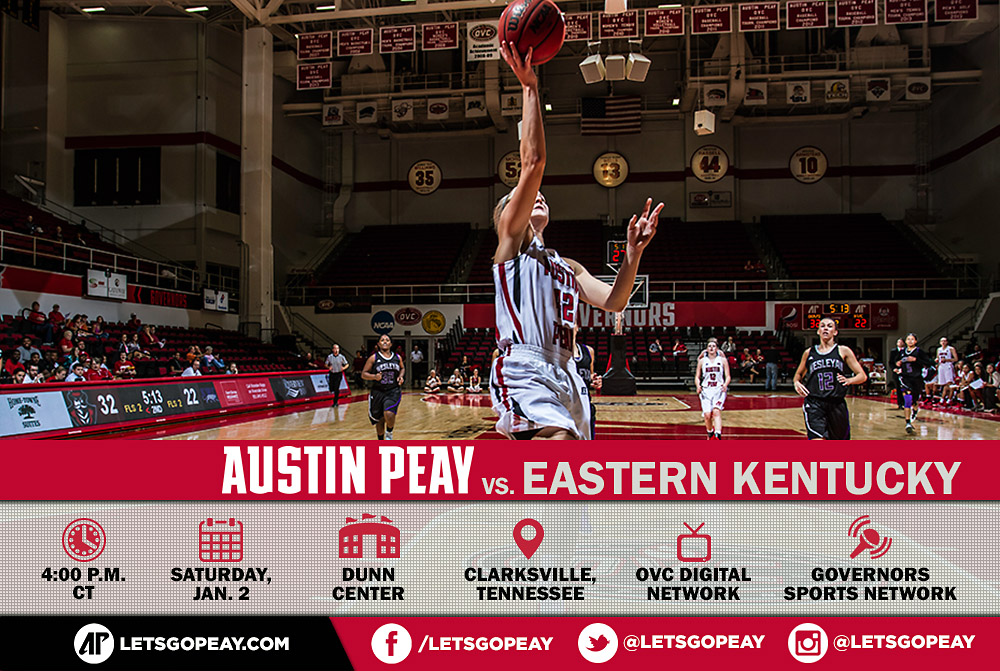 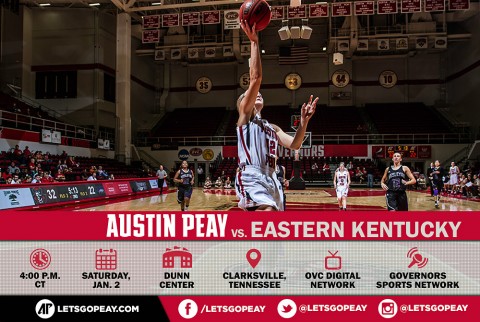 The 2015-16 OVC schedule will see each team play a 16-game slate – playing six teams once and five teams twice.

Austin Peay, which returns to the hardwood for the first time in 11 days, brings a 10-game losing streak into the New Year, but showed improvement in each of its final three games before the Christmas break.

In their last action, the Govs carried a lead into the final minute of its 80-76 loss at East Tennessee, December 21st. Austin Peay led with 41 seconds left, but ETSU scored the game’s final five points to escape with the win.

Senior guard Tiasha Gray led Austin Peay with 27 points on 10-of-21 shooting, becoming the fifth APSU player to score 1,500 career points. Junior center Tearra Banks went 7-of-11 from the floor and posted a 19-point, eight-rebound effort off the bench.

Bank on Banks
Junior center Tearra Banks is in rarified air through 2015’s end, entering the New Year ranked eighth among all Division I players in field goal percentage (62.4).

Only one player in APSU history has finished a season shooting better than 60 percent – Gerlonda Hardin, who accomplished the feat all four years she played at Austin Peay and finished her career shooting 61.8 percent from the floor.

She also is within sight of the following milestones during her final season in an Austin Peay uniform:

David Midlick inherited an Austin Peay women’s basketball team largely unchanged from its 2014-15 edition. Four starters and 11 letterwinners return from a team that posted the program’s best record since 2010-11.

Eastern Kentucky returns eight letterwinners, including four starters, that posted a 9-17 record last season and a 4-12 mark in OVC play. The Colonels opened 2015-16 with a 4-1 mark that included wins against Miami (Ohio) and East Tennessee. EKU then battled through a four-game losing streak with losses to Wright State and Western Kentucky.

Senior Shameeka Murray and junior Michaela Hunter were preseason All-OVC picks and are backing that up so far this season. Murray is averaging 16.0 points per game, including a 34-point effort against Saint Francis. Hunter has averaged 11.7 points and 5.4 rebounds per game entering league play.

Be its second-straight win against Eastern Kentucky. End its 10-game losing streak. Make it 3-2 at the Dunn Center this season. Be its first win against a Division I opponent this season. Be a second-straight OVC-opening victory. Be head coach David Midlick‘s first OVC win in his first attempt. Make Midlick 3-11 in his first season at Austin Peay and 48-27 in his third season as a head coach overall. Make the Govs 454-661 overall (230-330 in OVC action) since 1976-77.