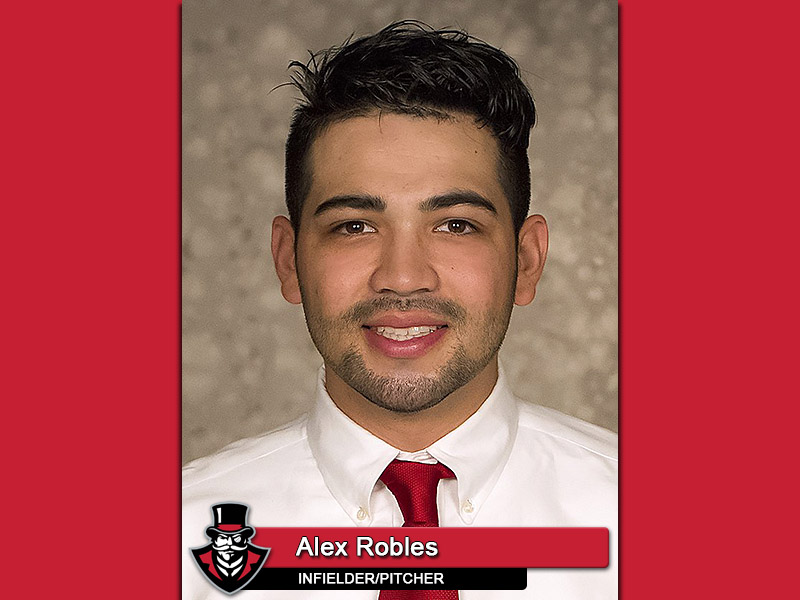 Lubbock, TX – Junior Alex Robles, of the Austin Peay State University baseball team, has made the final 18 on the 2016 John Olerud Two-Way Player of the Year Watch List.

Robles, of Tucson, Arizona, landed on the Ohio Valley Conference Preseason All-OVC First Team as both a starting pitcher and utility player, and has lived up to the billing in 2016. 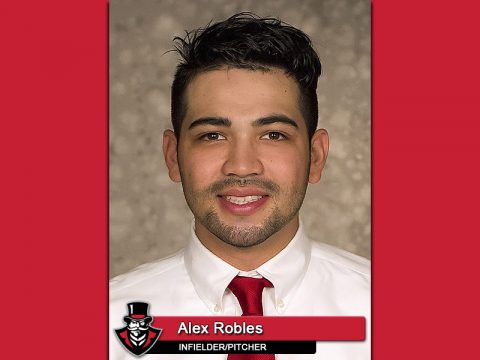 In 12 starts this season, Robles has served as the Govs ace, posting an 8-4 record, 4.35 ERA and 65 strikeouts as the Friday night starter.

In addition to his pitching accomplishments, Robles is currently batting at a .325 clip with four home runs and 35 RBI, primarily in the designated hitter role. Defensively, the junior has seen time at third and first base with just one error commited.

It is the second consecutive year Robles has made the prestigious watch list. Last season, Robles became a finalist – one of 10 players – as the watch list voting was narrowed.

The award is named for the former Washington State University standout who achieved success both as a first baseman and left-handed pitcher during the late 1980s and who was inducted into the National College Baseball Hall of Fame in 2007. The award will be presented as part of the Hall of Fame’s Night of Champions celebration July 1-2 in Lubbock.

For more information on the Olerud Award or the College Baseball Hall of Fame’s Night of Champions, visit www.collegebaseballhall.org.