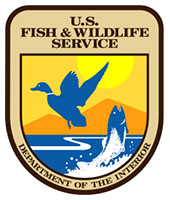 The first injured eagle was reported on January 30th around 2:00pm in Meigs County.

The bald eagle was found alive, but injured off of State Route 68 near State Route 58. The female eagle was transported to the Avian and Exotics service at the University of Tennessee Veterinary Medical Center.

The second eagle was found on the side of Abby Lane, just north of Highway 60 in Rhea County, the afternoon of February 1st. The eagle was alive but in poor condition. This bird was also transported to the Avian and Exotics service at the University of Tennessee Veterinary Medical Center.

A suspected entrance and exit wound were found and thought to be caused by gunshot. Injuries sustained were incurable and the animal was euthanized.

Bald eagles were taken off of the endangered species list in 1978. However, bald eagles are still protected under the Bald and Golden Eagle Protection Act and the Migratory Bird Treaty Act. Violations of these statutes carry a maximum criminal penalty of up to $100,000.00 and/or one year in federal prison. State charges will also apply.