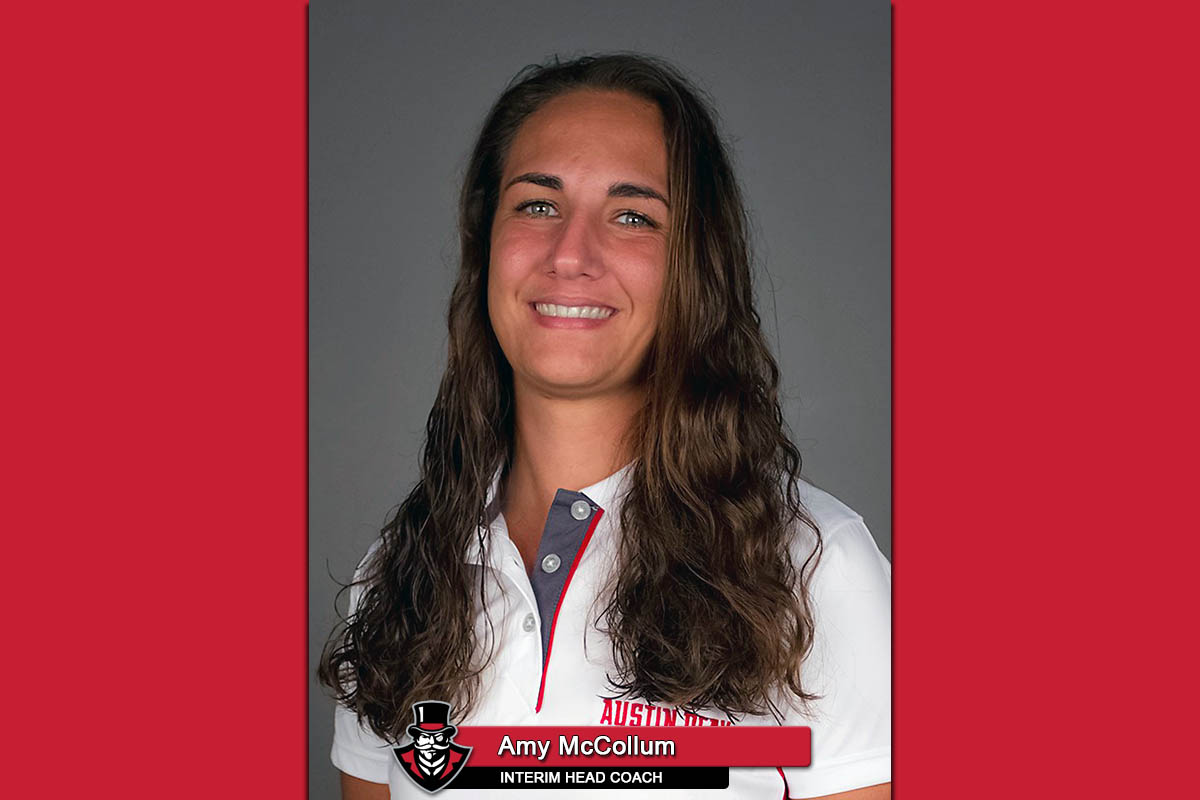 Clarksville, TN – Austin Peay State University athletics has announced that Sara Robson will step down as head women’s golf coach to become Director of Operations for the athletic department, with Amy McCollum taking over as interim head coach of the women’s program. 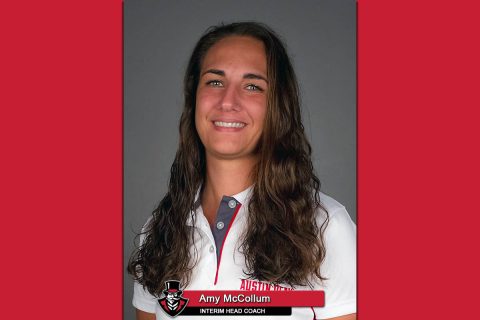 McCollum has been involved with the Austin Peay golf program since 2013, when she joined as a part-time assistant coach while pursuing her master’s degree in Health and Human Performance, which she earned in 2014.

During McCollum’s tenure, six Governors have earned spots on either the All-Conference or All-Newcomer team, and another (Morgan Kauffman) named to the all-tournament team.

As her role has evolved with the women’s program, McCollum has added increased responsibility in recruiting, conducting visits, assisting in the necessary paperwork for the Ohio Valley Conference and NCAA, organizing team events and service projects and overseeing practice.

McCollum’s ascension to the primary leadership role of the Austin Peay women’s golf program will divest her of further responsibilities in the academic services world, where she also worked as a hybrid golf coach/academic services coordinator since 2014.

Robson, meanwhile, will slot into an operations role designed to streamline the functionality of Austin Peay home sporting events. She will oversee student and part-time event workers, coordinate the needs and fulfillment for opponents and officials and aid in crowd control, among a host of other day-to-day duties. Robson is also now the department liaison for all home Ohio Valley Conference Tournament events, beginning with this weekend’s OVC Volleyball Tournament.

Robson became Austin Peay’s head women’s golf coach in 2004 when the coaching duties for men and women’s golf were separated. Since then, she has steadily risen the program up the ranks of the OVC, bringing in program legends such as Chelsea Harris and Jessica Cathey and earning eight top-five finishes in OVC Tournament play.

The program set 18-, 36- and 54-hole team records under Robson, including the 18- and 36-hole mark in her last tournament as head coach, the Town and Country Invitational, which the Governors won.

Elsewhere in the department, two promotions were announced to upper staff. Brandi Bryant, previously Director of Athletic Business Operations, has been named Assistant Athletics Director for Business Affairs; a Clarksville native, Bryant serves on the board College Athletic Business Management Association as Third Vice President/Secretary. A recent profile by CABMA on Bryant can be found here.

In addition, Mike Minyard has been named Associate Athletic Director for External Affairs. Minyard, who took over the external affairs unit earlier this year, has been instrumental in the departmental reorganization and myriad initiatives during his tenure.