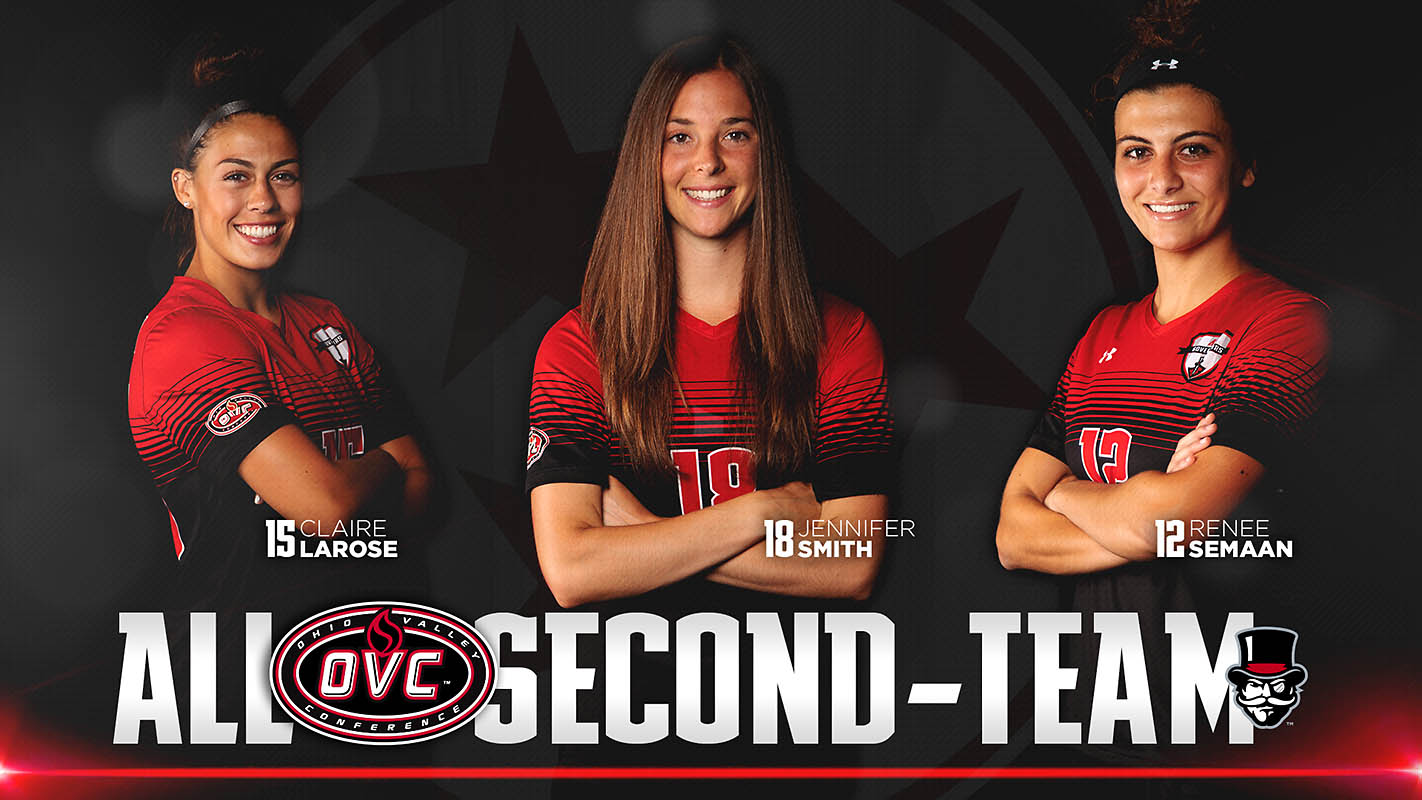 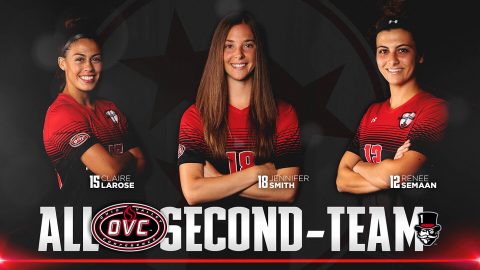 Larose, a sophomore midfielder from Canada, was the leading goalscorer for the Govs this season. Larose was third in goals scored amongst other midfielders in the conference and has moved up on to the all-time career list in goals scored (10). The pacey winger also won an OVC Player of the Week award after scoring goals against Belmont and Tennessee Tech on the opening weekend of OVC play. Larose

“Claire is a pure athlete,” said Governors head coach Naomi Kolarova. “She is fit, quick, strong, and mostly played as an attacking mid in our OVC games. She was always a danger going forward and so difficult to mark. I am glad she was recognized for her offensive prowess despite having to serve in a defensive capacity for us too. She has a fantastic work rate and attitude and is just such a great person to be around.”

Semaan, a junior defender from Knoxville, was a huge component in all facets for the Govs. Semaan started her season in the center of defense, but moved up to central midfield on occasion. She seamlessly transitioned into the role, filling in and around the midfield due to injuries and other players being shuffled around.

Semaan started every game for the Governors and was routinely a threat in the air from set pieces. Semaan also took many free kicks for the Govs that were in shooting range and at longer distances.

Smith, a senior defender who is also from Canada, played her first three years as a Governor as an attacking player, but made the transition to center back under Kolarova. Smith also proved that her attacking ability has not left her just because she was in a different position, as she thumped in a volley in the season opener against Middle Tennessee that earned her an OVC Defensive Player of the week award and the No. 2 spot on NCAA Soccer’s top plays of the week.

Smith was also the leader for the Govs in minutes played among all players, including goalkeepers. Smith ended her Austin Peay career by ranking in the top 15 in goals scored as well.

“I can’t talk about one of our central defenders without talking about the other, they have simply been the glue holding our team together this season,” said Kolarova. “For two years Renee has solidified our backline as central defender, and I think she is one of the most consistent, stubborn defenders in the conference. She is excellent with the ball, a hard worker, and her distribution is second to none.

“Jen was a forward that we slid to defense this year where she just dominated play in the OVC.  She is so strong and willing to put her body on the line to do whatever it takes to prevent shots from happening and players from getting by her.  She can play with her feet as good as anyone too, and working alongside Renee she was still able to drive forward out of the back from time to time and be dangerous in possession.”