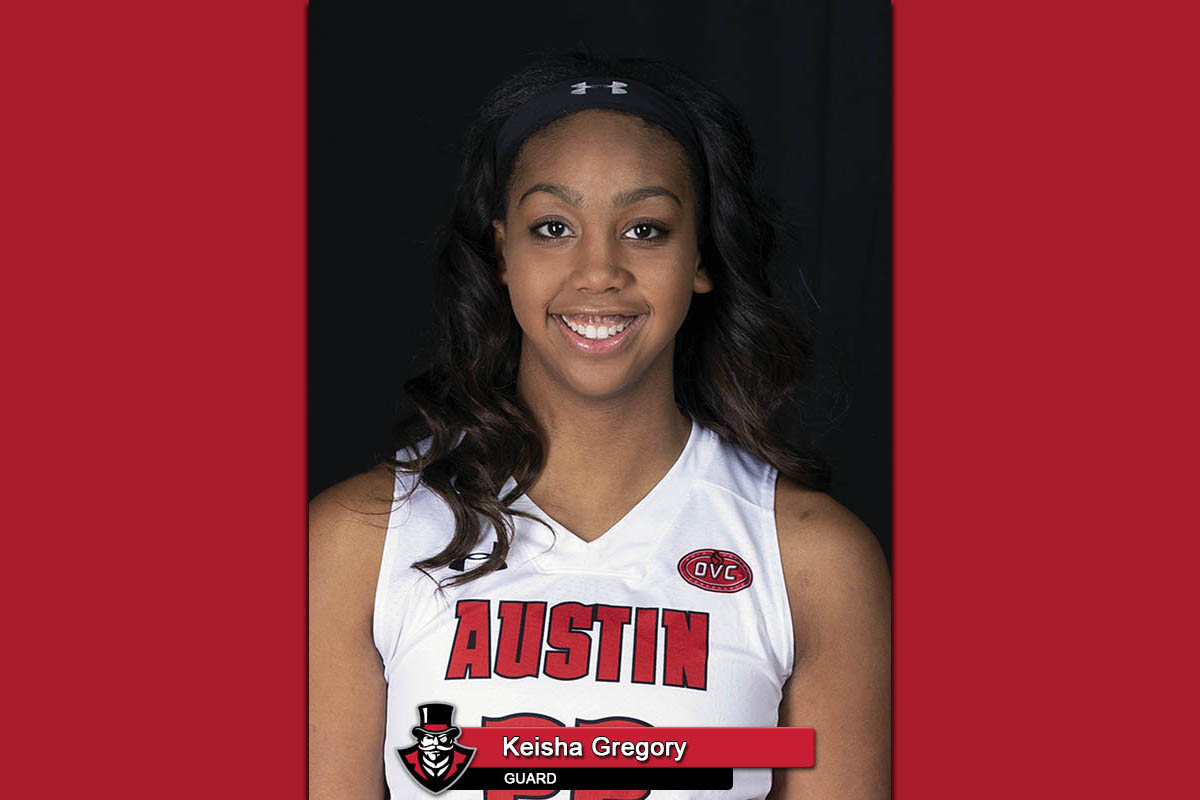 Brentwood, TN – After helping Austin Peay State University (APSU) women’s basketball team get off to its first 2-0 start in Ohio Valley Conference play since the 2015-16 season, Keisha Gregory was named OVC Co-Player of the Week. 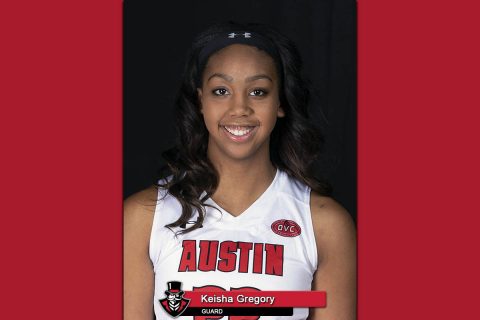 Gregory scored an efficient 19 points on 7-of-8 shooting against Eastern Kentucky in the conference opener, making her 100th career three-pointer in the process.

Gregory followed that up with a 25-point outburst–two shy of her career-high–against Morehead State, going 8-of-13 from the field and hitting 8-of-9 from the free-throw line.

Gregory also pulled down a season-high eight rebounds against the Eagles while playing 37 minutes, the most for any APSU individual this season.

Gregory’s honor marks the second OVC Player of the Week award for the Govs this season after Arielle Gonzalez-Varner won earlier this year. Gregory shared the award with Belmont’s Ellie Harmeyer.

“Keisha had two very good games at both ends of the floor,” said Governors head coach David Midlick. “She scored well but also played solid team defense both nights. I believe she is deserving of this award.”

Gregory was also chosen by Fred Welser at CollegeSportsMadness.com as OVC Player of the Week.

The Govs are back in action this week with a pair of road games, beginning with a trip to Southeast Missouri, 5:15pm, Thursday and concluding with a 1:00pm, Saturday contest at UT Martin.