APSU Football’s Kordell Jackson gets sixth-place finish in Buchanan Award voting, highest ever by a Gov 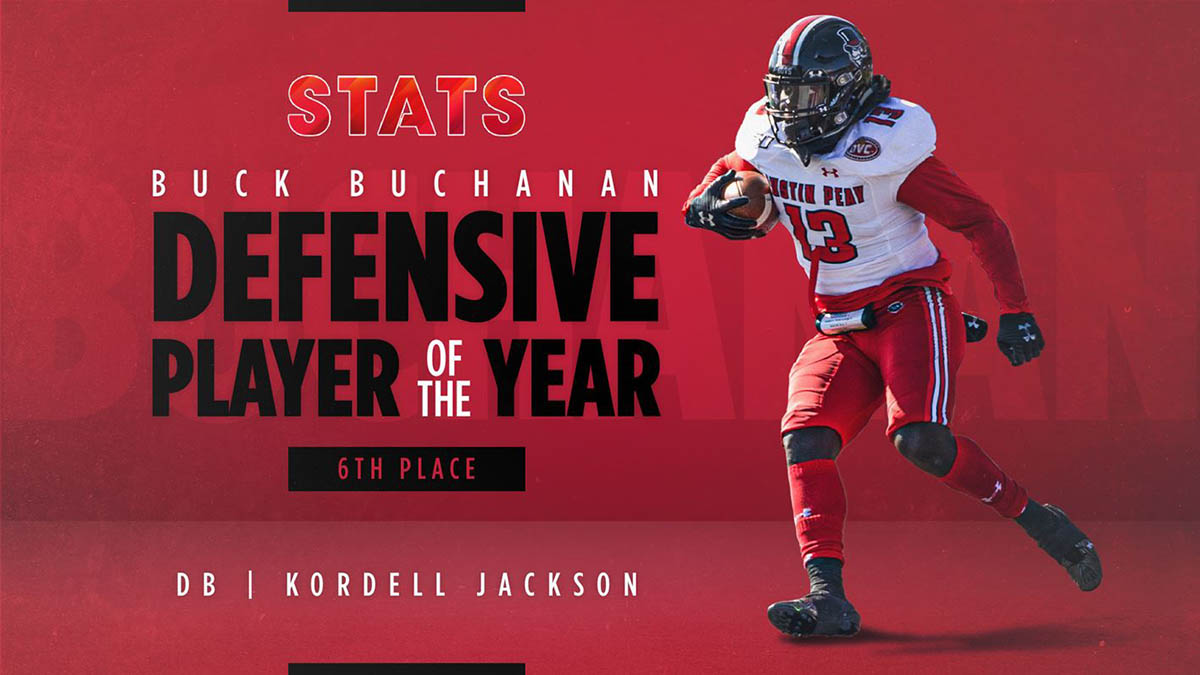 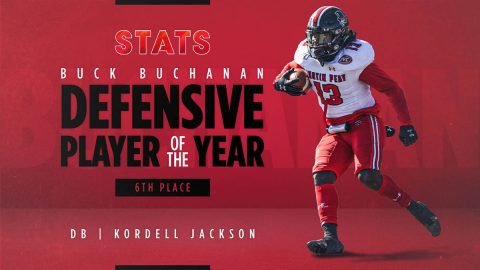 Under the tutelage of first-year nickels coach Keith Scott, Jackson has racked up seven interceptions to lead the Ohio Valley Conference, with his two fumble recoveries good for third. Jackson took two interceptions back for touchdowns against Mercer and returned a fumble for a score against Murray State.

In addition to becoming the 33rd player in FCS history with multiple pick-sixes in a game, Jackson added a late strip-sack at Mercer as well.

His playoff debut against Furman saw Jackson make a season-high six tackles, including one for loss, with a fumble forced and recovered.

Overall, the Birmingham, Alabama native has registered 43 tackles (35 solo), with seven tackles for loss and two sacks. He has forced and recovered two fumbles, adding three pass break-ups and three quarterback hurries to his ledger of disruption. Jackson’s 159 interception return yards both led the OVC in 2019 and ranked second in program history behind only Howell Flatt’s 1966 campaign.

Jackson and the Govs are heading to Bozeman, Montana, for Friday’s FCS Quarterfinal matchup against fifth-seeded Montana State.