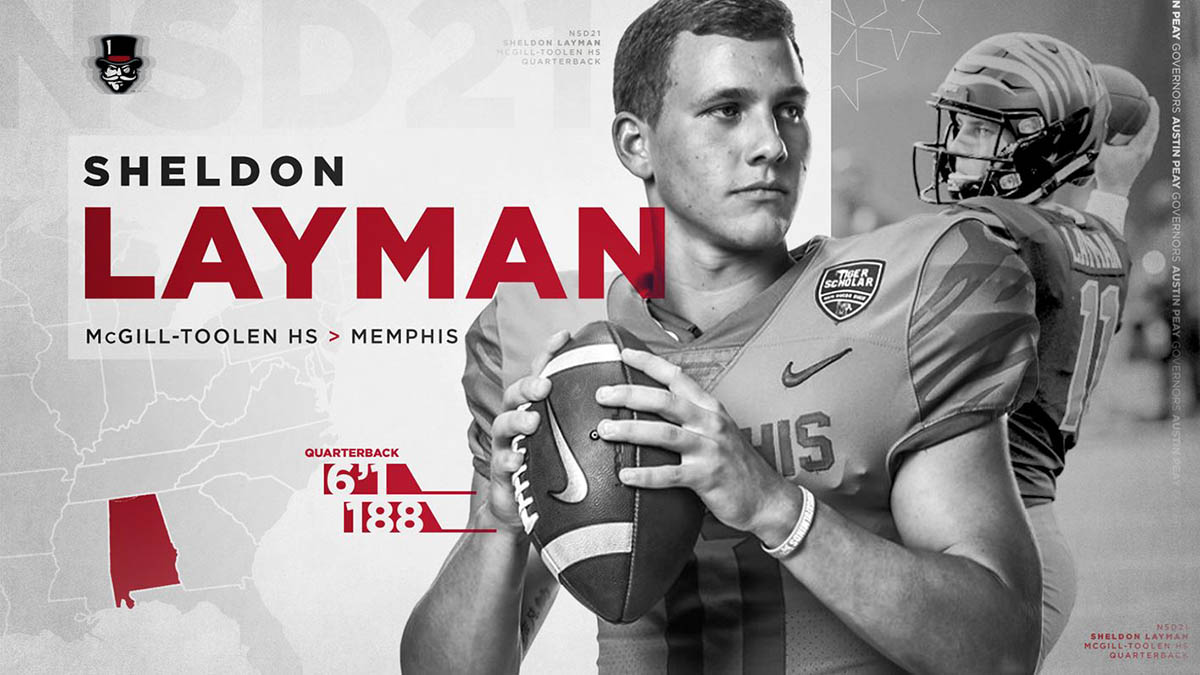 Clarksville, TN – Sheldon Layman, who was a quarterback on Memphis’ football roster the past two seasons, will transfer to Austin Peay State University (APSU) in time for the Governors’ spring 2021 schedule. 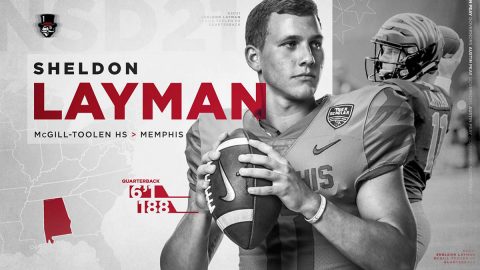 Layman signed with Memphis, was redshirted during the 2019 season, and did not play in fall 2020 after entering the NCAA Transfer Portal prior to the season’s start. He will be eligible to play during the Govs spring 2021 campaign.

“We are excited add Sheldon as a transfer quarterback,” said Govenors head coach Scotty Walden. “He has played in a winning program at McGill-Toolen and has been well coached. I was able to be in the recruiting process with him at Southern Miss and recognized that Sheldon has a quick release and ability to move the pocket with his feet while keeping his eyes downfield. He has great feet and can rip the ball across the field. He has a great football IQ as well. On top of that, he is a high-character young man that possesses good leadership skills.”

Prior to his time at Memphis, Layman prepped at McGill-Toolen Catholic School, and was a member of Yellow Jackets teams that reached four consecutive AHSAA Class 7A playoff appearances and three straight championship game appearances (2015-17).

Layman took over as the Yellow Jackets primary signal caller in 2017 and led the team to a Region 1-7A title and a 13-1 record en route to the state championship game. He missed six games due to an injury during his senior year, but returned to help McGill-Toolen Catholic reach the Class 7A state quarterfinals and a 10-3 record. Layman finished his prep career with 1,942 passing yards and 21 touchdowns on 149-of-236 passing.