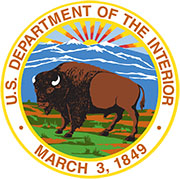 In implementing the Executive Order, the Department of the Interior will engage diverse stakeholders across the country, as well as to conduct formal consultation with Tribes in recognition of the U.S. government’s trust responsibilities.

The Executive Order directs the Department of the Interior to pause new oil and natural gas leasing on public lands and offshore waters, concurrent with a comprehensive review of the federal oil and gas program. The targeted pause does not impact existing operations or permits for valid, existing leases, which are continuing to be reviewed and approved. The order does not restrict energy activities on private or state lands, or lands that the United States holds in trust or restricted status for Tribes or individual Indians.

The President’s action will provide a chance to review the federal oil and gas program to ensure that it serves the public interest and to restore balance on America’s public lands and waters to benefit current and future generations. Fossil fuel extraction on public lands accounts for nearly a quarter of all U.S. greenhouse gas emissions. Irresponsible leasing of public lands and waters impacts communities’ access to clean air, clean water, and outdoor recreation; carves up important wildlife habitat; and threatens cultural and sacred sites.

Multiple bills in Congress have been introduced in recent years to reform the outdated program, including those to better ensure the public is not shut out of land management and leasing decisions; to address the mounting cleanup and remediation costs of orphan wells scattered across the country; and to provide a fair return to taxpayers for the use of their resources.

The oil and gas industry has stockpiled millions of acres of leases on public lands and waters.

As part of President Biden’s efforts to Build Back Better and pursue a clean energy future, the administration has committed to making investments to create millions of family-supporting and union jobs in clean energy generation, land restoration, abandoned mine cleanup, plugging of orphan oil, and gas wells, energy efficiency, clean transportation, advanced manufacturing, and sustainable agriculture across America.

It also calls for the establishment of a new Climate Conservation Corps Initiative to put a new generation of Americans to work conserving and restoring public lands and waters, increasing reforestation, increasing carbon sequestration in the agricultural sector, protecting biodiversity, improving access to recreation, and addressing the changing climate.

The Executive Action will direct the Interior Department to outline steps to achieve the President’s commitment to conserve at least 30% each of our lands and waters by the year 2030, as recommended by scientists, in order to safeguard our health, food supplies, biodiversity, and the prosperity of every community. Interior will undertake the process with broad engagement, including agricultural and forest landowners, fishermen, outdoor enthusiasts, sovereign Tribal nations, States, Territories, local officials, and others to identify strategies that reflect the priorities of all communities.

The Biden Administration will work to achieve this 30×30 goal by supporting local, state, private, and tribally led nature conservation and restoration efforts that are underway across America. Over the coming months, Interior will evaluate how to best measure and assess the country’s progress toward the 30×30 goal, to properly account for the many innovative and effective ways that communities are conserving their lands and waters for current and future generations. Interior will consider ways to achieve more equitable access to nature and its benefits for all people in America.

Approximately 60% of land in the continental U.S. is in a natural state, but we are losing a football field worth of it every 30 seconds. The decline of nature threatens wildlife; across the globe, approximately one million animal and plant species are at risk of extinction in the coming decades, including one-third of U.S. wildlife.

The U.S. Geological Survey reports that only 12% of lands are permanently protected. Studies show that roughly 23% of America’s ocean is currently strongly protected, with the vast majority of ocean protections found in the western Pacific Ocean.

About the U.S. Department of Interior

The Department of the Interior (DOI) conserves and manages the Nation’s natural resources and cultural heritage for the benefit and enjoyment of the American people, provides scientific and other information about natural resources and natural hazards to address societal challenges and create opportunities for the American people, and honors the Nation’s trust responsibilities or special commitments to American Indians, Alaska Natives, and affiliated island communities to help them prosper.