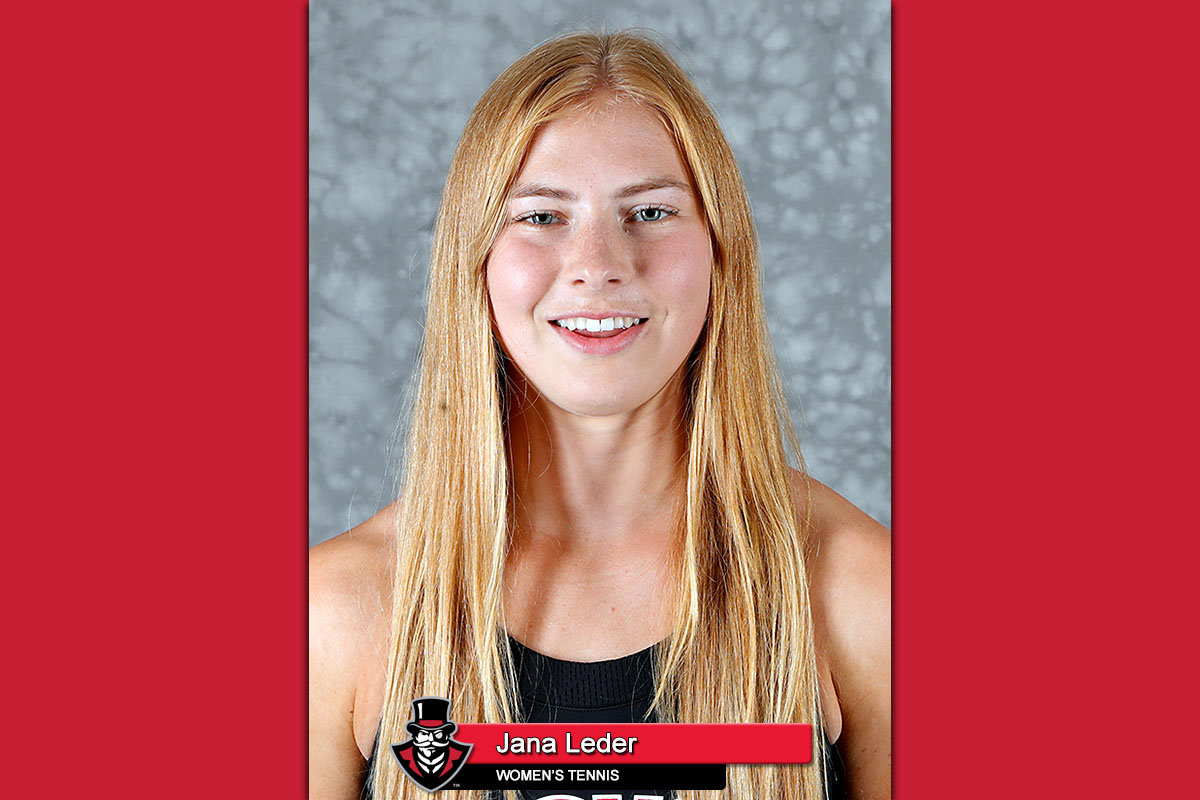 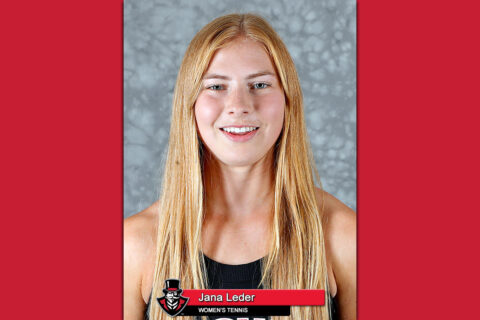 With a team-best 11 singles wins this season, Leder finished the regular season on a ten-match winning streak, while playing exclusively No. 3 singles. Since arriving in Clarksville in January of 2020, Leder has posted a 22-3 record in singles play and has more singles wins than any other APSU Gov during that stretch.

In doubles action, Leder won seven times while playing on the No. 2 line for Austin Peay State University in each match this season. During the 2021 season, Leder won six times in doubles play with Aleks Topalovic and once with Martina Paladini-Jennings. In her brief collegiate career, Leder has played to a 13-7 mark in doubles action.

Leder’s First-Team All-OVC honors marks the fifth-straight season that APSU has had a first-team all-conference player.

With her second-straight Second-Team All-OVC selection, Schmidt has received All-OVC honors in each season that the awards have been handed during her collegiate career. Playing exclusively No. 1 singles this season, Schmidt posted an 8-5 mark and was one of two players in the OVC to be named the Women’s Player of the Week twice this season. Schmidt currently has 65 singles wins in her Austin Peay career, which is one of the top win totals in program history.

With a team-best 11-1 mark in doubles play this season, Schmidt and Morris partnered to win their first 10 matches this season before finally dropping a match at Belmont, April 13. Schmidt and Morris have 57 and 39 career doubles wins, respectively, which are two of the top career marks in program history.

Receiving the first All-OVC honors of her Austin Peay State University career, Morris posted an 8-5 mark while playing exclusively No. 2 singles in her junior campaign. A native of Brisbane, Australia, Morris won her final five singles matches of the season and picked up the first OVC Player of the Week Award of her career on April 14th.


Leder, Schmidt, Morris, and the rest of the Austin Peay State University women’s tennis team will be back in action at the OVC Women’s Tennis Championship when they play a semifinal match against Murray State, April 24th, at the Wesselman Tennis Center in Evansville, Indiana. For news, scores, and schedule updates, be sure to check back at LetsGoPeay.com or follow the Governors women’s tennis team on Twitter (@AustinPeayWTN).

(Seven appear on the first team due to ties)