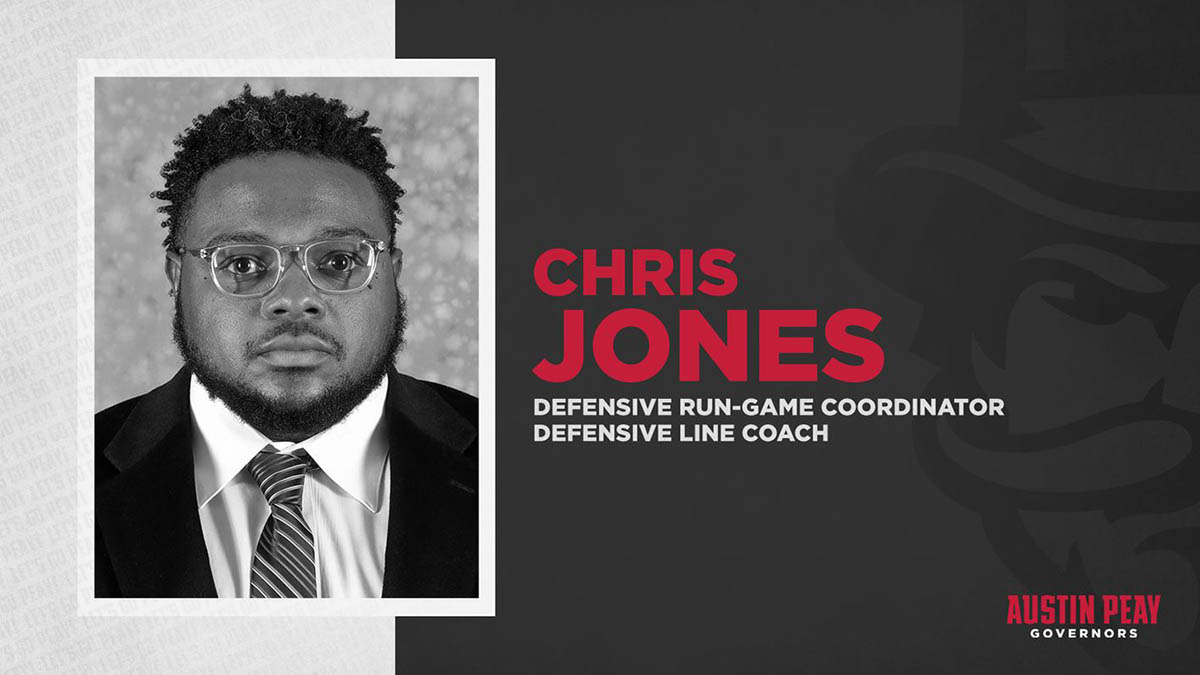 Clarksville, TN – Prior to the start of camp, Austin Peay State University (APSU) head football coach Scotty Walden announced changes to his coaching and support staff, highlighted by the hiring of Chris Jones as the Governors defensive run-game coordinator and defensive line coach. 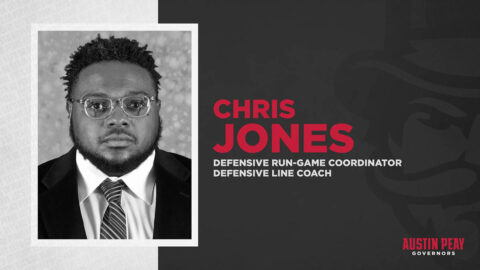 Walden also announced the promotion of defensive coordinator Chris Kappas to assistant head coach with a shift in his responsibilities from defensive line to outside linebackers.

“My family and I are excited to join and serve the Clarksville and the Austin Peay communities,” said Jones. “We are fired up to be here! I want thank (APSU Athletics Director) Gerald Harrison and Coach (Scotty) Walden for the opportunity.”

In that decade at Hardin-Simmons, Jones’ defensive line units paced a defense that ranked among Division III’s Top 40 in tackles for loss in eight consecutive seasons (2012-19). The Cowboys reached the NCAA Division III Football tournament three times (2016-18) for the second time in program history during his tenure. In his first season at HSU, he was a member of the coaching staff when Walden was a quarterback for the Cowboys.

“I had the privilege of playing for Chris in college and coaching against him as well. His defensive lines have always been well-coached and extremely productive,” said Walden. “Chris is a detailed teacher but also builds great relationships with his players. He is a great person and coach, a proven winner, and has been a part of dominating and physical defenses every place he has coached. I am excited for the energy and passion Chris is going to bring to our defensive line and to our program!

“I’m also excited to promote Brian to coach our tight ends. He is a young up-and-coming coach who has a great offensive mind. I was fortunate enough to coach and recruit Brian and I knew he would have a bright future as a coach. He is an extremely hard worker and comes from a family of coaches. Brian’s ability to connect with players and recruits will be instrumental for our program.”

Walden also announced changes to his support staff for the upcoming season. Antonio Bradford, a former Tennessee State assistant coach, joins the APSU Governors as their senior offensive analyst. Adam Ricketts takes over as the team’s video coordinator, rejoining Walden who he worked for last season at Southern Miss. Emily Cotten takes over as the Govs on-campus recruiting coordinator after two seasons as the director of football operations at Defiance College. Lawson Hamman, a recent Baylor graduate, joins the staff as head equipment manager.