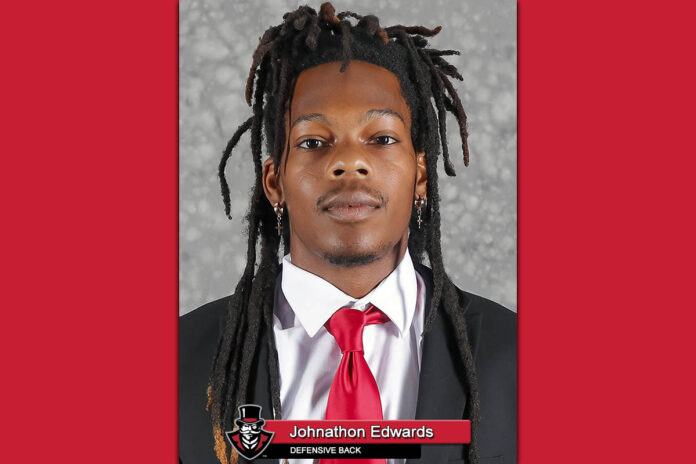 Edwards sealed the Governors 30-20 win at Chattanooga with his second interception on 3rd-and-21 with 5:27 left in the game. Earlier in the contest, he picked off a pass in Chattanooga territory, and two plays later, the APSU Govs turned it into their second touchdown of the game. Edwards’ four career picks have all come against ranked FCS opponents.

Edwards also recorded two tackles and a pass breakup in Austin Peay State University’s win against the Mocs. This is the first time Edwards has won a weekly award from the OVC.

“It feels good, but the win always feels better,” said Edwards on his performance Thursday night. “We came into the game knowing we had an opportunity to make plays. Our offense gives us the best look we’ll ever see in practice, and they helped us prepare coming into this game.

“We knew they were a heavy run team, and they take their shots downfield. We trusted our line to do the job they normally do, and we knew they would test us on the back end.”

Edwards and the APSU Governors are back in action when they play a 6:30pm, Saturday contest against Ole Miss at Vaught-Hemingway Stadium in Oxford, Mississippi.