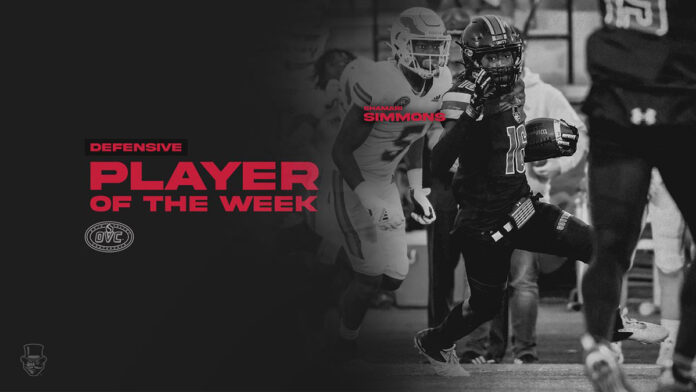 McCray closed the season by earning one of the OVC’s weekly awards each of the final three weekends. However, he capped the campaign by being named both the Offensive Player and Newcomer of the week after his career-best outing against Tennessee Tech, Saturday.

The Tallahassee, Florida product caught seven passes for 237 yards and four touchdowns against the Golden Eagles. The 237 receiving yards are the second-most in program history as well as most in the OVC, third-most nationally, and the most by a freshman this season. Meanwhile, McCray’s four touchdowns tied the program’s single-game touchdown mark. 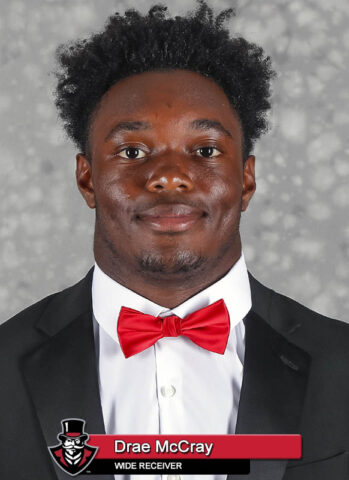 Six of McCray’s seven receptions went for 20-plus yards, including touchdown catches of 73, 22, 36, and 47 yards. McCray also had one rushing and 61 return yards to finish the game with 299 all-purpose yards, the most by an OVC player this season (and sixth-most nationally). The Jerry Rice Award candidate ranks 23rd nationally in receiving yards (867) and receiving touchdowns (8). 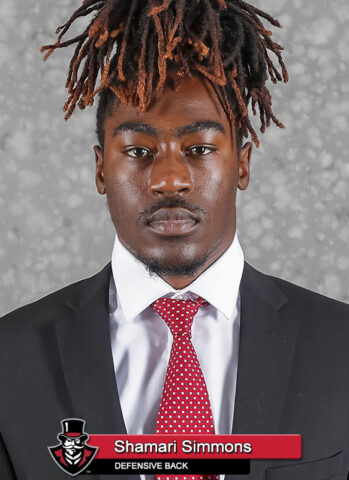 His first interception came in the back of the end zone on the second half’s opening drive with TTU at the APSU Govs eight-yard line. Simmons’ second interception came at the start of the fourth quarter in TTU territory, and two plays later, the team turned it into a touchdown for a 38-13 lead. It marked the second time this season that Simmons had two interceptions in the same game.

Edwards two-interception day pushed the Governors to 19 interceptions and 26 turnovers gained, both of which rank first among FCS programs.