Scenes from a cop riot

Editors Note: While this article does not directly apply to Clarksville, TN or its police force, it perfectly illustrates the need to have distinct policies prohibiting the types of activity detailed in this article. It also directly applies to the ongoing debate on the use of force by police agencies non-lethal or not. 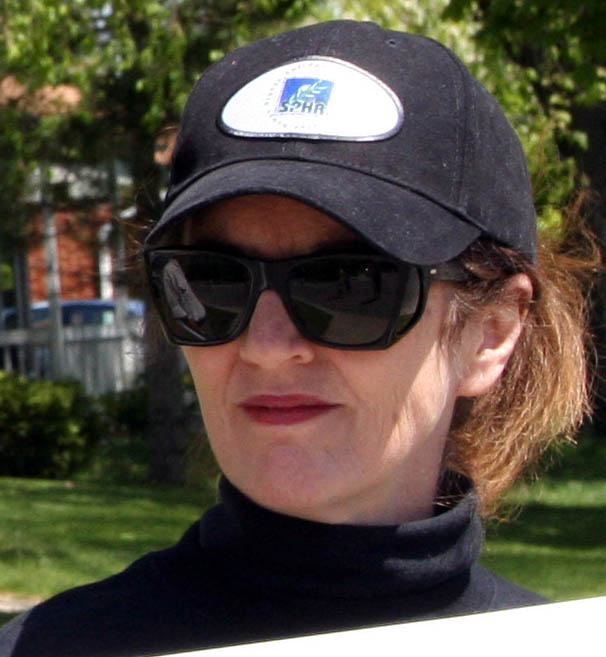 If the specter of another US foray into regime change disturbs you, Google the word “Tanter.” If the prospect of another country’s being bombarded with US weapons outrages you, and if inserting the adjective “nuclear” into the narrative sends a chill up your spine, go to the “Guardian” website and search “Tanter.” Or if you hanker to find out what a Robust Nuclear Earth Penetrator can do to humankind, click onto the Union of Concerned Scientists.

But if you want to take a stand against another US/Israeli war crime, don’t come to Ann Arbor. Not unless you’re prepared for the worst. Unless you’re prepared to be brutalized by the cops, thrown in jail, and subjected to improper and punitive medical treatment, you’d better keep your mouth shut. Or so the University of Michigan, the Ann Arbor Police, and the Zionist forces in the community would have it.

When I became a doctor I knew I would encounter a lot of human suffering, but I never envisioned a time when my efforts to alleviate it would get me brutalized by the police, then charged with a crime.

I never envisioned a time when I would witness another health “professional” brazenly violate the most fundamental principle of medical ethics: first do no harm. But thirty years after graduation, at a political event on the campus of the University of Michigan, those things happened.

The event was a presentation by Raymond Tanter, founder of the Iran Policy Committee and former member of the National Security Council under Ronald Reagan. Michigan’s chapter of the Zionist organization, the American Movement for Israel (AMI), brought him to town on November 30, 2006 to whip up support for regime change in Iran. The “Islamo-fascist regime” must be overthrown, according to Tanter, before they acquire a nuclear weapon, and one option for stopping them would be nuking them first. Some of the Robust Nuclear Earth Penetrators the US has supplied to Israel would be OK, with Israel doing the deed.

A small group of folks showed up to protest. The room was packed, U of M cops were on hand, and the atmosphere was tense. Tanter fired up the crowd, especially when he declared that Israel will exist forever, triggering the longest and most boisterous of several rounds of cheering and applause from his supporters. But interruptions of dissent were not to be allowed, and the cops were there to make sure of it. One of the protesters, an Iranian woman, became the first target of the political repression in store for the night. At the behest of one of the AIM organizers, a U of M cop proceeded to remove her.

The cop, maybe 6’6 or bigger, grabbed her arm, dragging her to the floor, where he applied pressure point control tactics (PPCT) as she screamed. PPCT is what’s called a pain compliance technique, using the infliction of pain to force someone to do what you order. It’s used against someone who poses a serious threat of physical harm; someone, say, who’s in the cop’s grip, clutching a knife and on the verge of stabbing a person. In this case, the cop inflicted pain to force compliance with his order to stand up, while he pinned her to the floor with his knee. She kept screaming.

“Don’t hurt her,” called out the woman who’d been sitting in the next seat over, also an Iranian woman, a U of M Professor of Iranian History, in fact, and another dissenting voice at the event. One of the other protesters came to the first victim’s aid and was hauled away, cuffed and arrested. A second protester came to the victim’s aid and followed as she was hauled away. The AMI organizers were calling the shots.

I heard a commotion in the hall and stepped out of the room. In the hall I saw the same huge cop on top of the second protester who’d come to the first victim’s aid. The cop had the man, a relatively small guy in his forties, pinned down, arms pulled behind his back, getting handcuffed. The cop used PPCT against this person also, not once but twice. The man writhed and cried out in pain.

The cop used his far-greater strength and body weight, along with the force of his knee on his victim’s back to press his chest against the floor. It would be impossible for a person to inflate his lungs pressed against the floor with his hands cuffed behind his back like that. Asphyxiation being a well-known cause of death of people in custody, when the man started calling out that he couldn’t breathe, I approached, identified myself as a doctor, and instructed the cop to turn him over immediately. The victim went limp. The cop turned him onto his back. I saw that the victim had a wound on his forehead and blood in his nostrils. He was unconscious.

Reiterating numerous times that I was a doctor, I tried to move to where I could assess the victim for breathing and a pulse. The cop shoved me, until finally, after my imploring him to allow me to render medical care to the victim, he allowed me to determine that the victim was alive. But he refused to remove the cuffs despite my requests. A person lying with hands cuffed beneath his body risks nerve damage to the extremities and, moreover, cannot be resuscitated. I continually re-assessed the man, who had now become my patient, and who remained unconscious.

Eventually an ambulance arrived, along with the fire department and a contingent of Ann Arbor police officers. While the paramedics went about their business, the first thing being to have the cop un-cuff the patient, I tried to fulfill my obligation to my patient. I tried to oversee what the paramedics were doing, which, contrary to protocol and the normal relationship between physician and paramedic, was all that I was allowed to do. I was forced to stay away. What I witnessed in the course of their treatment appalled me.

When the patient didn’t respond to a sternal rub, one of the paramedics popped an ammonia inhalant and thrust it beneath the patient’s nostrils. If you’re interested in what’s wrong with that, google Dr. Bryan Bledsoe, foremost authority on paramedicine, and read his article condemning this dangerous practice. That it’s “just bad medicine” is sufficient to make the paramedic’s actions unacceptable, but what happened next made my blood curdle. He popped a second inhalant and a third, then cupped his hands over the patient’s nostrils to heighten the noxious effect. “You don’t like that, do you?” he said.

At that point I issued a direct medical order for him to stop, but he ignored me. “What you’re doing is punitive,” I said, “and has no efficacy.” Then as the patient retched, rather than rolling him onto his side to avoid the chance of his choking on his own vomit, a firefighter held his feet down and yelled, “don’t spit.” In thirty years of doctoring, I have never witnessed such egregious maltreatment of a patient. Again I spoke up, “this is punitive.” I hoped to shame the paramedical into stopping his unethical behavior.

Suddenly an Ann Arbor cop ordered me to move away. As I headed for my purse and coat, the cop attacked me from behind, twisted my arms with extreme force behind my back, and shoved me against the wall. I begged him to release my left arm, explaining that I had a serious condition affecting my shoulder, and pleading with him because of the excruciating pain he was inflicting on me. I told him that I would do whatever he demanded. I told him that I had been in the process of complying with his order to move out of the way and that I was heading toward where my purse and coat were. He told me to relax and wrenched my arms harder. I was in agony. I told him that I would sit down, anything, that he was really hurting me and begged him to release my arm. Eventually he let my arms down.

But his brutality did not stop there. He then forced me to stand in the stairwell in a corner for a protracted period of time. I asked him if I could please go home, as I was in pain, and I was deeply traumatized. In yet another raw display of abuse of power, he forced me to stand there, causing me ongoing suffering and humiliation, before finally allowing me to leave.

The U of M proceeded with prosecution of the other three people, but I heard nothing further from them until I filed a complaint of police brutality. Now I’m facing criminal prosecution, too, along with the Professor of Iranian History, who, like me, was charged after she filed a complaint. We five are being prosecuted for “assaulting/resisting/obstructing” police officers, and in my case, for “assaulting/resisting/obstructing” paramedics as well.

The author of this piece is Catherine Wilkerson, a physician who practices primary care at a clinic in Ann Arbor that provides care to underserved members of the community.

The A.N.S.W.E.R. Coalition formed on September 14, 2001. It is a coalition of hundreds of organizations and prominent individuals and scores of organizing centers in cities and towns across the country. Its national steering committee represents major national organizations that have campaigned against U.S. intervention in Latin America, the Caribbean, the Middle East and Asia, and organizations that have campaigned for civil rights and for social and economic justice for working and poor people inside the United States.

We wish to thank them for granting us their permission to republish this article.