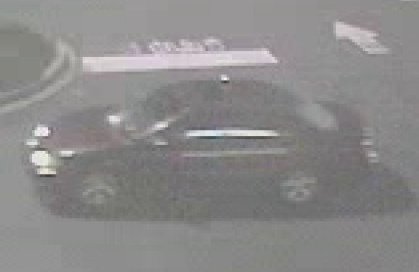 Shoppers in the St. Bethlehem area are being urged to use caution in the wake of a series of attempted robberies involving shoppers returning to their cars.

Detective Michael Patterson is presently investigating three robberies that have occurred in the St. Bethlehem area. All three robbery attempts involved women who were alone at the time of the incidents. The suspect’s car (shown at left) was caught on security camera and released by police.

On Friday, December 7, 2007, in the parking lot of Kohl’s, 2840 Wilma Rudolph Blvd, a female that was at her vehicle was approached by a black male, wearing a thick nylon jacket, with fur around the neck area. This male attempted to enter her vehicle; however, she had her doors locked and drove off.

Approximately three hours later in the parking lot of Kroger’s, 2100 Lowe’s Drive, while a female was entering her vehicle, she was approached by five males that demanded money. All suspects left in a maroon four door Dodge Neon or Chevy Malibu.

On December 9, 2007, a female was entering her vehicle in the parking lot of Circuit City, by Governor Square Mall, when she was approached by a black male wearing a black jacket with fur around the neck. The suspect demanded money and left in a dark red four door Dodge Neon. 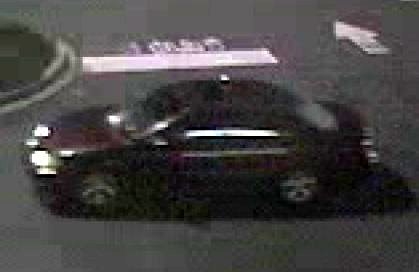 Based on the descriptions provided, the vehicle is possibly a four door maroon or dark red Dodge Neon or Chevy Malibu. A surveillance photo has been released and if anyone can identify this suspect, they are asked to contact Detective Michael Patterson, District 3 Criminal Investigations at 931-648-0656 ext 3006.

All shoppers are caution to be alert and aware as they continue holiday shopping, and to report any suspicious activity immediately.