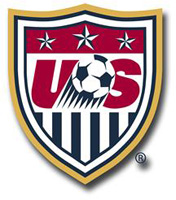 New York, NY – U.S. Soccer and the Confederation of North, Central American and Caribbean Association Football (CONCACAF) announced today that the United States will host the 2012 Men’s Olympic qualifying tournament from March 22nd to April 2nd in Nashville, TN; Carson, CA; and Kansas City, KS. The tournament will determine both of the confederation’s representatives at the 2012 Olympic Games in London.

The eight-nation tournament consists of two four-team groups, with the top two finishers from each group advancing to the semifinals. The semifinal winners will advance to the tournament final and book their tickets to London.

One of the four-team groups will play its games at Nashville’s LP Field, home to the Tennessee Titans of the National Football League, while the other group will play at The Home Depot Center in Carson, CA. The semifinals and final will take place at LIVESTRONG Sporting Park in Kansas City, KS, which opened in June of this year and is home to Major League Soccer’s Sporting Kansas City.

The draw for the Olympic Men’s qualifying tournament will take place after completion of Caribbean qualifying on a date to be determined. Ticket and television information will also be announced at a later date.

The Under-23 Men’s National Team is currently conducting a training camp in Duisburg, Germany. The 36-player camp runs until November 16th and includes several players who are age eligible for the U-20 MNT.

The final eight teams that will make up the Olympic qualifying tournament include the USA, Mexico, Canada, El Salvador, Honduras, Panama and two undetermined teams from the Caribbean. The last two teams that will advance will be decided in the final round of Caribbean qualifying, which takes place from November 24th-28th in Basseterre, St. Kitts & Nevis, between Trinidad & Tobago, Suriname, Cuba and the host.