Fort Campbell, KY – Two Night Stalkers earned the titles of NCO and Soldier of the Year in a four-day competition that tested the determination and perseverance of Soldiers from the 160th Special Operation Aviation Regiment (Airborne), April 15th-18th.

“It was an exhausting competition because we had to go through a broad range of events, which was physical and mentally challenging, lasting an entire week,” said Fowler, from Company D, 2nd Battalion, 160th SOAR (A).

Fowler, 24, from Keller, Texas, said he started preparing weeks before participating for the higher-level competition.

“I started preparing months before I knew I was going to represent 2nd battalion for Soldier of the Year,” he said. “About 5-6 month ago, I was hitting the gym pretty heavy to condition my body and be ready to compete.” 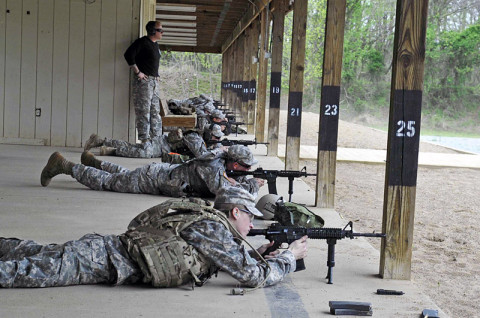 In addition to physically preparing for the competition, Fowler studied for the Army board in where Soldiers were quizzed by their superiors on a variety of military-related knowledge.

“My first sergeant is really big on Soldier of the Month boards, so I was doing them as often as possible to prepare for any future competitions,” he said.

McCallister, from Company C, 3rd Battalion, 160th SOAR(A), reflects that the competition motivates him to drive forward and prepare for the next challenge – winning the U.S. Army Special Operations Command competition.

“It was pretty tough,” said the 25-year-old, Benton, AR native. “I knew going into this thing I would be facing some tough competition, so I was surprised when I heard I won. The other competitors were really good and we all really gave it our 110 percent. I’m definitely looking forward to going to USASOC and competing for the Regiment.”

Command Sgt. Maj. Gregory Chambers, regimental command sergeant major, and president of the board during the 4-day event, called the competition a good opportunity to showcase Night Stalker talent.

“This year’s competition was set up like last years, to identify the best qualified well-rounded Soldier and NCO to compete at the next higher-level competition,” he said.

He went on to state that the purpose of the competition was to achieve a number of goals for this year’s participants. 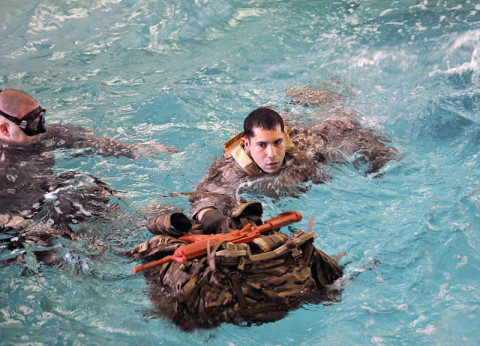 “First, conduct a tough competition that covered the Army Warrior Tasks and test and individual’s analytical skills, swimming ability and mental and physical toughness,” Chambers said. “Second, run a spirited competition that would identify the best qualified Soldiers to compete at the next level. The final objective and most important was to identify the Regimental Soldier and NCO of the Year.”

“The competition did all three, and I am very proud of the two outstanding Night Stalkers that won this year’s competition,” He added.

Both Fowler and McCallister qualify for the USASOC NCO and Soldier of the Year competition to be held at a later date in Fort Bragg, NC. Winners of the USASOC competition move forward to the U.S. Army competition in Washington D.C.