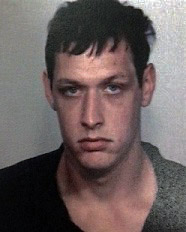 Jackson, TN – Special Agents with the Tennessee Bureau of Investigation have obtained an indictment in the ongoing investigation of the murder of Holly Bobo, charging a Decatur County man with Rape.

Since Holly disappeared from her home on April 13th, 2011, TBI Special Agents, collaborating with the 24th District Attorney General’s office and the Decatur County Sheriff’s Department, have been investigating the disappearance of the 20-year old nursing student.

Through information developed over the course of the investigation, TBI agents learned last month that 26-year old John Dylan Adams of Holladay disposed of items he knew to be of evidentiary value to the case.

Adams was arrested and charged with Tampering with Evidence.

Additionally, on September 17th, 2014, Adams admitted to TBI agents that he was involved in the forcible rape of Holly Bobo on April 13th, 2011, at the address of 235 Adams Lane in Holladay, TN, in Decatur County.

This morning, the 24th District Attorney General Matt Stowe convened a special Grand Jury in Decatur County. The panel returned indictments against Adams on two counts of Rape. Adams was served with a capias in the Robertson County jail, where he has been held since being transported from the Madison County jail. He is currently being held without bond.