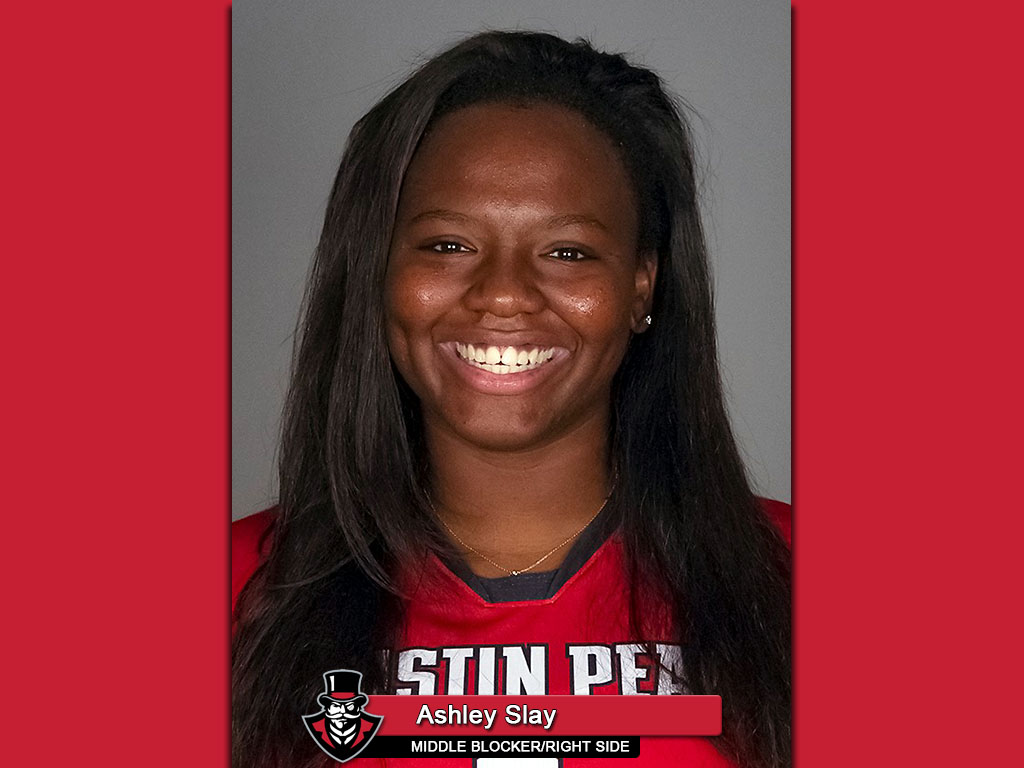 Slay, of Nashville, posted a career-high 22 kills in the Govs five-set victory at SIU Edwardsville, Saturday. 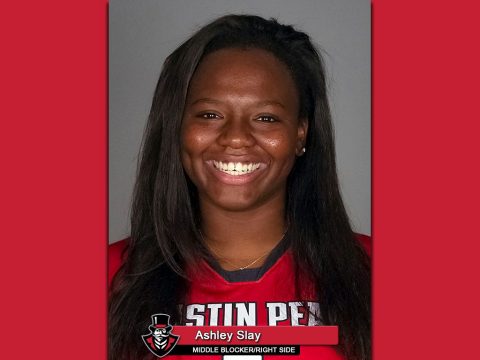 It was the most kills by a Governors player since the 2014 season. Slay chipped in 11 digs for her second double-double outing this season and added two service aces and five blocks, finishing with 27.5 points.

The previous day, Slay led the Govs with 15 kills and an impressive .414 attack percentage in a three-set sweep at Eastern Illinois. She finished the week with 37 kills (4.62 kills per set) and a .361 attack percentage, tacking on seven blocks.

It is the second time this season an Austin Peay player has been named the adidas® OVC Offensive Player of the Week, as Slay joins sophomore Cecily Gable who earned a share of the honor, September 19th. It is the fifth weekly honor for the Governors this season, junior Kaitlyn Teeter has twice been named Newcomer of the Week and sophomore Kristen Stucker has won the Setter of the Week award.

Austin Peay currently sits in a three-way tie for first place in the OVC regular-season race, which enters its fourth week. The Governors will face one of the teams they are tied with when they host Jacksonville State in a 6:00pm, Friday contest at the Dunn Center.