HomeArts/LeisureDodging the Roadkill: A Visit To The Military Memorial Museum
Arts/Leisure

Dodging the Roadkill: A Visit To The Military Memorial Museum 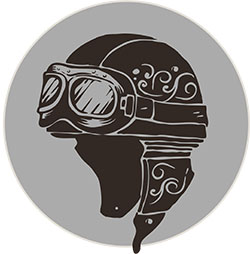 Crossville, TN – On a beautiful day in May, I joined several other bikers for a day trip to Crossville, Tennessee. We were going to visit the Military Memorial Museum.

And of course, ride the beautiful Cumberland Plateau.

In all of my years, I had never known that this museum existed, much less, that Tennessee was the home to four POW Camps during the war.

“Camp Crossville” along with Camp Forrest in Tullahoma, Camp Campbell in Clarksville, and Camp Tyson in Henry County is where German POW’s were sent. There isn’t much evidence of the other camps today, but in Crossville, what remains of the actual camp is now a 4-H camp. The Military Memorial Museum houses the memories of the war.

The Museum is celebrating over 100 years serving as a historical and military museum. It occupies the original County Courthouse, which is listed on the National Register of Historic Places. It’s also listed on The Civil War Trails of Tennessee.

Robert told us that they accumulated all of the memorabilia through donations and the museum houses everything from weapons to uniforms, photos, flight gear and a flag that was flown during the Civil War.

It’s not a very big facility so there’s a lot of things to see in a relatively small area. The building is the renovated 2nd County Courthouse in Crossville.

You will see their “Wall of Heroes” featuring photos of every local hero who perished in conflict. You will also see pictures of those Crossville natives who returned home from war. They even have the bazooka that was used in the film, “Saving Private Ryan” that Matt Damon used in the movie. And it still has the dirt from the filming.

An actual model of the POW camp is displayed in the middle of the museum.

If you’re a military history buff, this is definitely a “must see.” But if you’re a biker like me, you will love the ride to Crossville. The museum was a bonus.

For more pictures of my trip, visit my Facebook page here: https://www.facebook.com/dodgintheroadkill/