Hank Bonecutter is a retired broadcaster and media consultant based in Clarksville, Tennessee.

He concluded his career as owner/talk show host at WJZM-AM in Clarksville.

Currently the President of Bonehead Promotions, he's an advertising consultant and media strategist.

Clarksville, TN – I’m sure at one time or another, we’ve ALL done something reckless.  That’s how it is when you’re young and immortal.  As you grow older though, you become a bit wiser, not to mention you understand, “I’m too old to so something this stupid.”

I went on a group ride over the weekend and there were seven of us.  A couple of Harley’s a couple of Gold Wings and a couple of sport bikes.  “Crotch rockets” as some like to call them.

The sport bikes were guys I had never met.  Good guys, but it was our first time riding together.  The plan was to get out for a few hours while it was still the cool of the morning, and be done before the heat settled in. 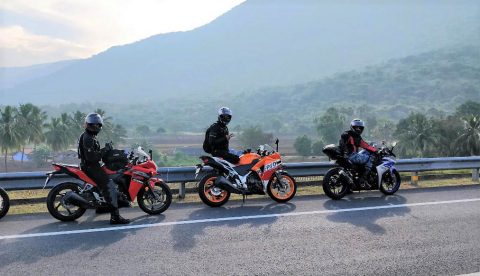 END_OF_DOCUMENT_TOKEN_TO_BE_REPLACED

Clarksville, TN – Since my accident last November, I’ve had the opportunity to hear from many of you about YOUR near death experiences on a motorcycle.  Your stories have been extraordinary.

Many of you had far worse injuries than I did, and yet here you are, able to “tell the tale.”  They’re memories you would just as soon forget, but hearing them gives me chills, and reminds me of “that” moment when I hit the deer.

I replay it over and over.  I will NEVER forget the sound of my Harley striking that beast. 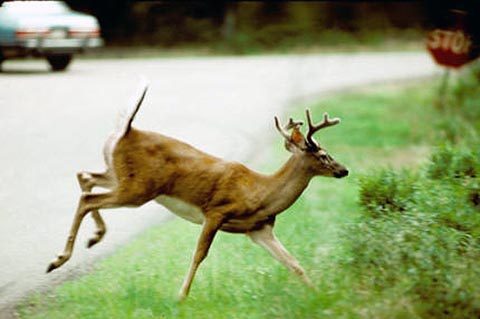 A deer crossing the road.

END_OF_DOCUMENT_TOKEN_TO_BE_REPLACED

Dodging the Roadkill: Nobody Knows Diversity Like A Biker

Clarksville, TN – These are crazy times we’re living in, to say the least.  It’s an election year, there’s a deadly virus among us, and unrest in the streets.

The country is in a state of confusion and misinformation, yet still has the time to argue with every Tom, Dick and Harry on the planet.  We’ve taken disagreement to another level.

One thing I think we can all agree on though is that Bikers understand diversity and embrace it with love and respect.  You don’t have to explain to a biker what it means to respect one another.  We come in all colors, sizes and lifestyles. 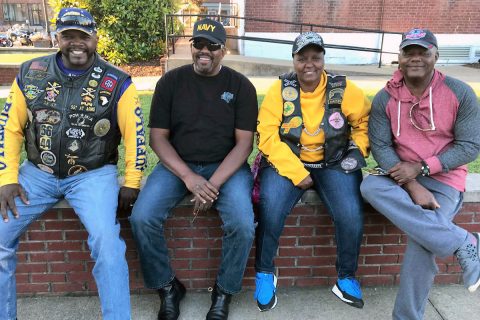 END_OF_DOCUMENT_TOKEN_TO_BE_REPLACED

Clarksville, TN – On my recent trip to the Smoky Mountains, I was riding with a group of seven bikers.  Most of our riding was together, and other than a quick trip to the grocery store, we were always together.

On this particular day, two of us were ready to beat the heat and head back to the hotel so he and I went one way and the group went another.

The trip back to the hotel dictated that we ride the Tail of the Dragon.  Once we were at Deals Gap, we had two options to Robbinsville, NC. 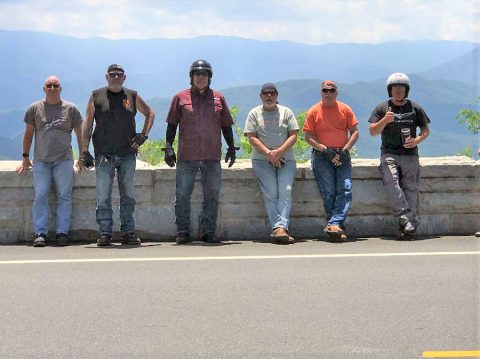 The Foothills Parkway with my crew. (Hank Bonecutter)

END_OF_DOCUMENT_TOKEN_TO_BE_REPLACED

Dodging the Roadkill: Getting What You Deserve

Clarksville, TN – I just returned from a four day three night trip to the Great Smoky Mountains.  It’s a trip I make at least a couple of times a year.  The Smokies are just a couple of hours down I-40 so it’s an easy ride for me.

What began as a three man trip turned into a group of seven brothers eager to take whatever the landscape could throw at us.

Of course we did the Devil’s Triangle, Tail of the Dragon, Wayah Road, the Moonshiner and a day trip to Helen Georgia.  We had hot and steamy weather, for the most part, although a portion of the group were drenched in a downpour on Friday afternoon. 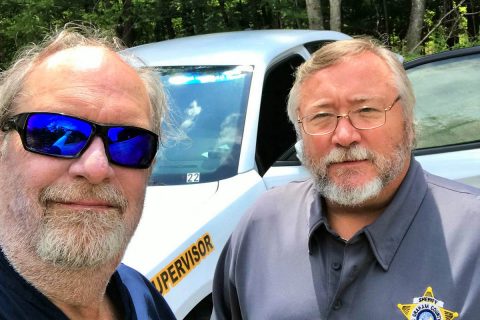 END_OF_DOCUMENT_TOKEN_TO_BE_REPLACED

Springville, TN – Just inside the Henry County Tennessee line, sits an unincorporated little community that plays host to over 400 acres of beauty and bliss. The perfect setting for weddings, corporate conferences, or just a personal getaway for rest and relaxation. 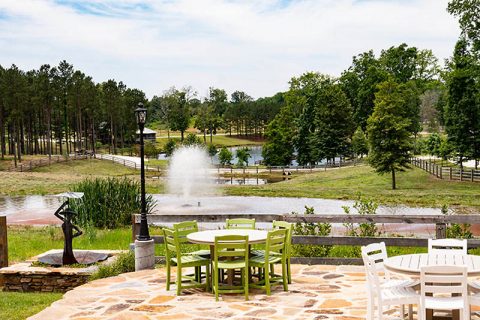 END_OF_DOCUMENT_TOKEN_TO_BE_REPLACED

Montreal, Quebec – The Nashville Predators have found themselves back in the hunt for a wild-card spot in the Stanley Cup Playoffs with a big win tonight over the Montreal Canadians, 4-2.

Facing their former captain, Shea Weber, Nashville used an explosive second period to grab the win, but then had to fend off a furious Canadians attack in the third period for the win.

Led by Filip Forsberg, who continues his hot play, the Predators would take a 4-0 lead after period two.  Forsberg had two goals and an assist on the night. 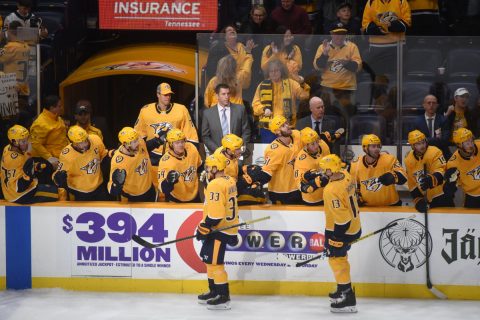 Nashville Predators move into a wild-card spot with tonight’s win over the Montreal Canadians, 4-2. (Michael Strasinger)

END_OF_DOCUMENT_TOKEN_TO_BE_REPLACED

Nashville, TN – The Nashville Predators got a much needed win tonight against the visiting Dallas Stars, 2-0.  The slumping Predators needed the two points in their quest to make the Stanley Cup Playoffs.

Filip Forsberg finally broke through from his scoring drought with the first goal of the night, and the eventual game winner.  At 19:07 of the opening frame, Forsberg ripped a wrist shot from inside the circle that deflected off of Stars goaltender Anton Khudobin for the 1-0 lead. 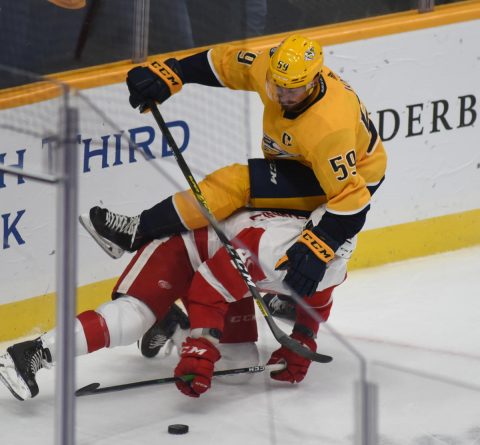 END_OF_DOCUMENT_TOKEN_TO_BE_REPLACED

St. Paul, MN – The struggles for the Nashville Predators continue with their third loss in a row tonight at the hands of the Minnesota Wild, 3-1.

Nashville just couldn’t stay out of the penalty box tonight with 14 minutes of penalty time, putting pressure on their penalty kill and losing scoring opportunities by being at a disadvantage.

The Predators found themselves in a similar situation as last night, going two goals down in the first period.  Luke Kunin scored on his own rebound at 4:07 of the opening period with a wrist shot that gave Minnesota the early 1-0 lead. 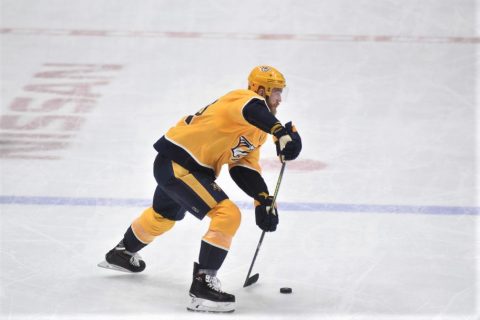 Nashville Predators drop third game in a row with loss to the Minnesota Wild 3-1. (Michael Strasinger)

END_OF_DOCUMENT_TOKEN_TO_BE_REPLACED

Nashville, TN – The Nashville Predators hosted the Edmonton Oilers tonight and for the first fifty minutes, it was a back and forth affair.

Edmonton went on a five goal onslaught against the Predators, chasing Pekka Rinne from the game and embarrassing the home team with a final score of 8-3. 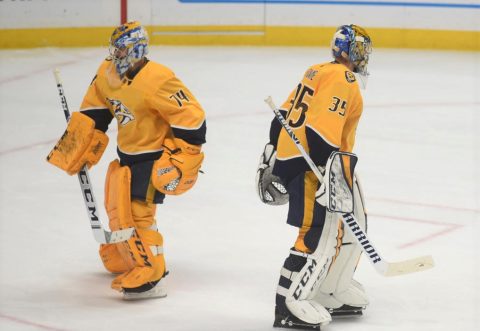