About: Letters to the Editor

This is a letter to the editor. The views expressed herein are those of the sender; and are not necessarily the views of Clarksville Online, its staff, or advertisers. To submit a letter to the editor, send it via email to with the subject Letter to the Editor. Please include your real name, city, and zipcode. These letters are published as our schedule allows.

Letters to the Editor's Articles:

A letter to the editor from Newt Williams, a national volunteer advocate of the year for the American Heart Association.

Nashville, TN – Studies show that we tend to underestimate the calories in the foods we eat. We also tend to eat out or order take-out a lot more these days. That’s why it’s so important that we have adequate information on menus and menu boards to make informed food and beverage choices.

Menu labeling is an inexpensive, common-sense measure that tells us what’s in the foods offered. It lets US make the choice. Without it, we’re eating blind. 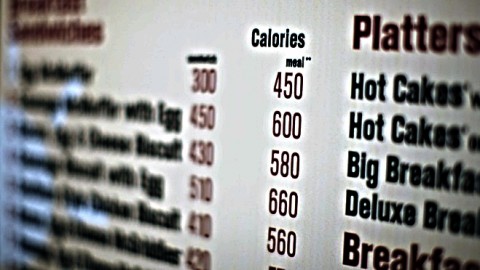 END_OF_DOCUMENT_TOKEN_TO_BE_REPLACED

The Pilot from Sango Crash expresses his appreciation for those who helped, or offered help

A letter to the editor from Robert Eley, the pilot of the small plane that crashed in a field in Sango, TN

Robert B. Eley stands before his crashed aircraft

My wife showed me your article on my incident a few days ago and I wanted to thank you for being so accurate with the facts.

The emergency response was top notch by all.  I am blessed to have not harmed anyone and even more blessed of the generosity shown to me by complete strangers. My wife told me that when she would be standing near the roadway, passing cars would stop and not ask what happened, but was everyone okay. This in itself shows what a great community we have here in Clarksville TN. END_OF_DOCUMENT_TOKEN_TO_BE_REPLACED

Yesterday was Veterans Day, a day set aside to honor the brave men and women who have taken up arms in defense of America and the freedom of her citizens in wars and conflicts.  It began in 1919 with President Woodrow Wilson’s words “To us in America, the reflections of Armistice Day will be filled with solemn pride in the heroism of those who died in the country’s service and with gratitude for the victory, both because of the thing from which it has freed us and because of the opportunity it has given America to show her sympathy with peace and justice in the councils of the nations…” END_OF_DOCUMENT_TOKEN_TO_BE_REPLACED

In a Letter to the Editor, Clarksville Tennessee resident Terry McMoore lays out his support for Mayoral Candidate Gabe Segovia

As the average citizen and on the outside looking in there was a lot I didn’t know about city government. He was always helpful in informing and educating me on the workings of government and especially city government. Additionally, while he served on the council from 1997 to 2005, he never missed a council meeting. His record is 96-0. He also served as vice-mayor of Clarksville for two years.

Segovia held monthly community meetings where he provided information to the public and citizens could present their concerns and ask questions about the city’s actions and programs. Those meetings were not restricted to just residents of his ward; people from anywhere in Clarksville were welcome and many became regular attendees. END_OF_DOCUMENT_TOKEN_TO_BE_REPLACED

In a Letter to the Editor, Clarksville Tennessee resident Wanda McMoore lays out her support for Mayoral Candidate Kim McMillan

If you really want to know who you should vote for to lead Clarksville during the next four years, I am here to tell you, vote for Kim McMillan. I am casting my vote for the one candidate who has already proven that she is a leader and strong representative for Clarksville and Montgomery County, Tennessee.

In case you didn’t know, or may have momentarily forgotten, Kim McMillan has served our community as a State Representative for twelve solid years, during which time her intelligence, leadership capabilities and interpersonal work skills helped to have her elected by her peers as the TN State House Majority Leader.  Kim has experience also in the state Finance, Ways and Means Committee as well as the State Budget Subcommittee.   Additionally, Kim served as Governor Bredesen’s Senior Advisor. END_OF_DOCUMENT_TOKEN_TO_BE_REPLACED