Frank White is a native of east Tennessee and reveres the hills and nature of the Cumberland Plateau and east Tennessee. He enjoys backpacking, canoeing and flyfishing. He and his wife, Natalie, have been Clarksville residents since 1979. Frank is the owner of MediaWorks, a design and printing company in Clarksville, TN.

He earned a BS in mass communications and political science from Middle Tennessee State University and a master of arts in journalism from the Indiana University School of Journalism at Bloomington. He is a distinguished military graduate from ROTC at Indiana University and is retired from the U.S. Army Reserve having also served in the Tennessee Army National Guard. He served with the U.S. Army VII Corps in Operation Desert Storm.

Frank is a passionate follower of Christ and seeks to mentor others in exploring the endless depths of grace.

Clarksville Weekly Market Snapshot from Frazier Allen for the week of May 31st, 2015

Clarksville, TN – The economic data reports remained mixed. Real GDP fell at a 0.7% annual rate in the second estimate for 1Q15 (vs. +0.2% in the advance estimate). The revision largely reflected slower inventory growth and a wider trade deficit. Consumer spending rose at a 1.8% pace (vs. +1.9%), while business fixed investment fell 2.8% (vs. -3.8%).

There is currently a debate about whether the seasonal pattern in a number of GDP components may have changed post-recession. Unfortunately, we really don’t have enough data to say for sure. 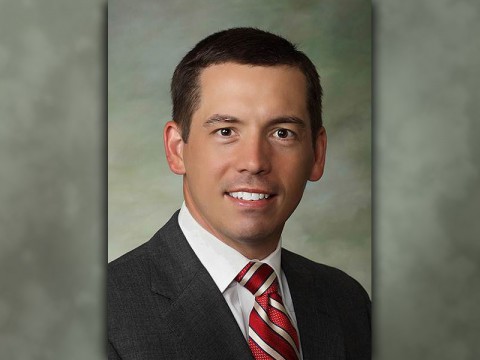 END_OF_DOCUMENT_TOKEN_TO_BE_REPLACED

Lesson #5 from the cat on the deck

As abruptly as he had returned, the cat on the deck disappeared again.  What first appeared to be the beginning of a routine of lounging on the deck has turned out to be a much less predictable lifestyle for this cat.

Let me see if I can reconstruct this.  He appeared on the deck scrawny and in need.  He finally got sympathy that was mobilized into action in the form of daily rations.hello 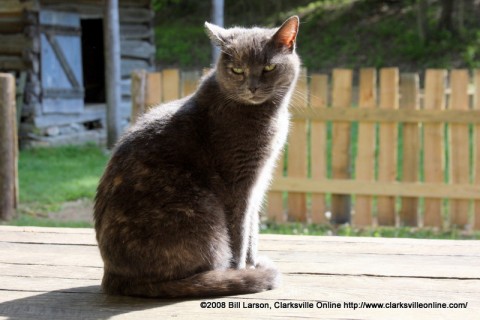 A Cat on a Deck

END_OF_DOCUMENT_TOKEN_TO_BE_REPLACED

Lesson #4 from the cat on the deck

The cat on the deck began to roam.  He soon realized he could roam far away from the deck and the essentials would still be there when he returned.His brief excursions away from the deck perhaps were tests for him to try for more.  Each time he went away, the food and water bowls were still there on his return.  Surely, that added confidence to his sense of security.

The cat on the deck learned that his new found security gave him a confidence that allowed for greater boldness. 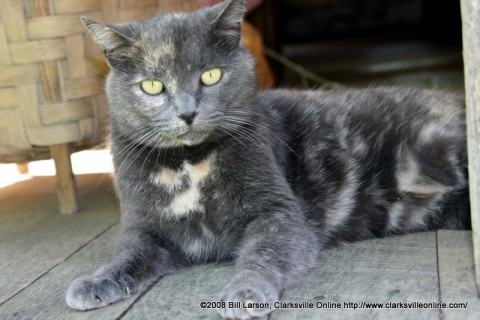 END_OF_DOCUMENT_TOKEN_TO_BE_REPLACED


Lesson #3 from the cat on the deck

The cat on the deck had established his kingdom with a throne and a servant girl (a.k.a. Ms. Natalie) to provide fresh food at water on at least a daily basis. He had all he needed.

He had found comfort and he was staying close.  He showed no indication that he planned to move on soon.  It appeared the cat on the deck had become a permanent resident.

After a week or so of hanging close, he began to venture away from his throne.  First, he would wander across the deck to find a spot in the sun.  Or, perhaps it was a perch on the deck rail that provided him a survey of the back yard.

END_OF_DOCUMENT_TOKEN_TO_BE_REPLACED

Lesson #2 from the cat on the deck

Once the fur ball on the deck got fed, he set up camp.  He had a bowls of food and water on a small deck table.  He had a cushioned bed in the form of a deck bar-level stool.

With the food close by, the cat realized he had a kingdom.  His kingdom was a small corner of the deck.  But, it included all he needed.  He had food.  He had water.  He had a cushioned bed.  He was sheltered from the rain and other adverse weather.

I observed that his universe had quickly become an area of about a three-foot radius.  I never saw him move farther than the deck stool to the small deck table.  He didn’t even have to go as for as jumping down on the deck.  He could jump from stool to table and back again.  And, he frequently did.

Lesson #1 from the Cat on the Deck

Clarksville, TN – Back in early March, a scruffy, long-haired cat started showing up on our deck.  He appeared only occasionally at first and then became a constant resident.

We made a commitment to not feed him.  (At least I did.)  He watched the three resident cats parade in and out the deck door.  Surely he noted their apparent enjoyment of the indoor comforts.  He made frequent attempts to fall in line with them hoping to be undetected in the cat parade through the deck door.

A Cat on a Deck

END_OF_DOCUMENT_TOKEN_TO_BE_REPLACED 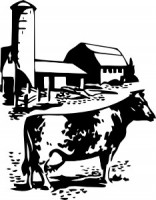 Clarksville, TN – While helping a friend with his cows, we were getting hay out of the loft of one of those iconic barns that have been around for well more than a century.  He pointed to an out-of-place sign on the loft door for a title company.

A local bank had created the title company when it began to acquire foreclosed farms in the 1930s.  By 1960, the bank wanted out of the land ownership business and started liquidating the farms by auction.  A local businessman had bought 300 acres of this particular farm for $50,000 not knowing where he would come up with the money. END_OF_DOCUMENT_TOKEN_TO_BE_REPLACED

But, some tea drinkers in the Tennessee General Assembly want to change that. They don’t seem to be happy with a system that separates power and function among three branches of government. They are so hyped up on their own brand of caffeine-laced tea that they think they should control all of state government.

They have already made rumblings that they want to control how the State Attorney General and other state officers are selected. Now, they want a hand in the review and disciplinary process for judges in the state as well. END_OF_DOCUMENT_TOKEN_TO_BE_REPLACED

I have been crying “foul” on the voter ID law since it was first proposed in Tennessee. Now, an election law expert in Washington has expressed alarm at the number of states enacting such laws. The Tennessee law took effect July 1 this year.

In a U.S. Supreme Court challenge to an Indiana voter ID law, 250 cases of alleged voter fraud cited, only nine involved a person allegedly voting under someone else’s name.

Across the country, the situation is essentially the same. Even where there is some evidence of voter fraud, it rarely involved someone voting under an assumed identity. Voter fraud most often involves vote buying, ballot-box stuffing, absentee ballots, or felons voting in situations prohibited by state election laws. Voter ID laws don’t address any of those problems. END_OF_DOCUMENT_TOKEN_TO_BE_REPLACED

In our city, we don’t call soldiers mutts

You came into out city spewing hate and anger saying you are representing Jesus. I’m pretty sure Jesus is offended. He never acted that way. He talked about love and said we would be known as his disciples by our love. (John 13:35)

The only times Jesus seemed to express anger was when he was dealing with people who acted pretty much like you. Those were the Pharisees who clung to the law, manipulated the law to their own advantage, and used it to bludgeon others rather than to show love and grace. END_OF_DOCUMENT_TOKEN_TO_BE_REPLACED