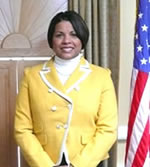 Candy Johnson is a Clarksville native. She is married to Bryan Johnson, and they have one daughter.

Mrs. Johnson has a BA in Public Management with a minor in leadership studies from Austin Peay State University, she also received a Master of Public Administration degree from Murray State University. She is employed by the Clarksville-Montgomery County School System, and currently represents Ward 5 in the Clarksville City Council. She is a member of the Finance, Parks and Recreation, and Community Housing Committees for the City of Clarksville, serves on the Animal Control Board for Montgomery County, and volunteers on several community boards.

Candy is an active member of Fifth Ward Missionary Baptist Church. She is a member of several professional organizations including but not limited to Omicron Delta Kappa National Leadership Honors Society, Alpha Sigma Alpha, and Order of Omega greek honors Society.

Although the week of April 18-24 is “National Public School Volunteer Week”,  CMCSS needs to get an early start with volunteers for our schools during TCAP assessments which take place April 13-16. During this time proctors are needed to help teachers monitor student test taking during the day. As a TCAP volunteer you will be asked to watch the children while they are being tested. A classroom teacher will also be in the room.

Volunteers will be asked to be available for monitoring over a 2 1/2 hour period which will include a required training prior to the testing. Monitors are asked to be there when the schools open. The opening time for each school is listed below. Please feel free to volunteer for one day or several days. Your commitment and support is greatly appreciated! END_OF_DOCUMENT_TOKEN_TO_BE_REPLACED

Please join the Clarksville-Montgomery County Schools Education Foundation for the 5th Annual Vision to Reality Banquet and Auction on November 7th at 6:00 pm at the Clarksville Country Club. This event serves as the local Education Foundation’s major fundraiser to support programs such as; Great Idea-Teacher Grants, AVID scholarships, Kindergarten –Kits, Academic Awards, and the new STEM Initiative for the purpose of increasing student achievement. Tickets are $50 per person. Please visit the Foundation’s website to learn more about foundation programs and to purchase your tickets for this event! You may also purchase tickets at CMCSS Central office on 621 Gracey Avenue.  Businesses can also sponsor tables if desired. For more infromation contact Candy Johnson at or  by telephone at 931-920-7955

The Joe Heitz Pass & Goevent is quickly approaching. On Aug. 8, all CMCSS students who passed their Advanced Placement exams with a score of 3, 4, or 5 have the chance to win a brand new Toyota from Joe Heitz.

With the vision from the Director of Schools, Michael Harris, The Education Foundation searched for an additional partnership to complement the Pass and Go event to provide additional incentives for the students who qualified for the car. Premier Medical came on board and agreed to give-away 12 laptop computers to provide students another chance to win, in addition to the car. Premier will also provide flash drives to every student participant in the program so that everyone will walk away with something. END_OF_DOCUMENT_TOKEN_TO_BE_REPLACED


Addressing the perception of a need for guns in city parks

I received some emails from people who expressed concerns abut the city council opting out of the state guns in Parks bill,  which I along with some of my constituents think is a good decision for our community. The theme amongst those who are in favor of allowing guns in parks seems to be that they are worried about safety in our parks. This is not backed up by the statistics, so I have attached a list of the crimes committed in parks as reported to the Police Department since January.

In 11 of our parks there were no crimes reported, and in the others there were just a few. I think providing some information on the safety of our parks will provide some relief to those who are concerned. I will continue to oppose allowing guns in our parks, as a matter of ensuring the safety of our children. I would hate to see a permit holder get into an argument at a park with someone,  and then instead of calling the police  take matters into their own hands, and innocent bystanders get hurt. END_OF_DOCUMENT_TOKEN_TO_BE_REPLACED

The Leaf Chronicle takes City Councilwoman’s statement out of context

There seems to be a statement made in the Leaf Chronicle about me saying $81,000 is not a significant amount of money. I personally feel it was taken out of the context in which I intended it to be. Here is the reality of the statement I made.

The Ward 2 city councilwoman Deanna McLaughlin said that the purpose of her beer ordinance was so that we can create a new revenue stream and to ease the burden for those who want to buy beer before the Titans game or going fishing. I feel there may have been selfish motives behind this ordinance, and so did not buy into the “creating additional stream of revenue response.” So I made the statement that $81,000 was not a significant amount of money to be proposing this ordinance in regards to a city budget of  $71 million. To me personally it is a large amount of money; however I did not base this on my personal finances, I was looking at the city’s finances. END_OF_DOCUMENT_TOKEN_TO_BE_REPLACED 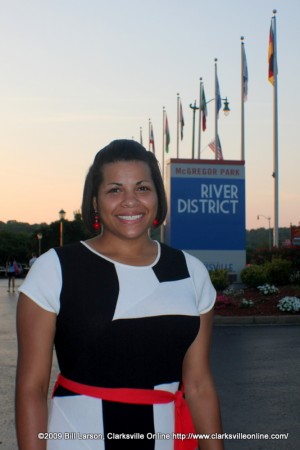 For several years the condition of this Park originally funded through a grant for the low-income area has been overlooked for repairs. The city owns and is responsible for this park, but has failed to upkeep the proper lighting, ball field and pool. The residents haven’t had full access to this park in over 4 years.

I have noticed that several other parks in poor condition receiving preventative maintenance measures such as lighting in amounts of of $80,000 to $125,000 have been allocated funds for improvements in this budget. I have supported the Heritage park improvements in my Ward and also some others in other Wards.  I agree that parks are about a good quality of life for our citizens but I am confused as to why we never consider fixing this particular park after several request to do so?

The responses I have received are as follows;