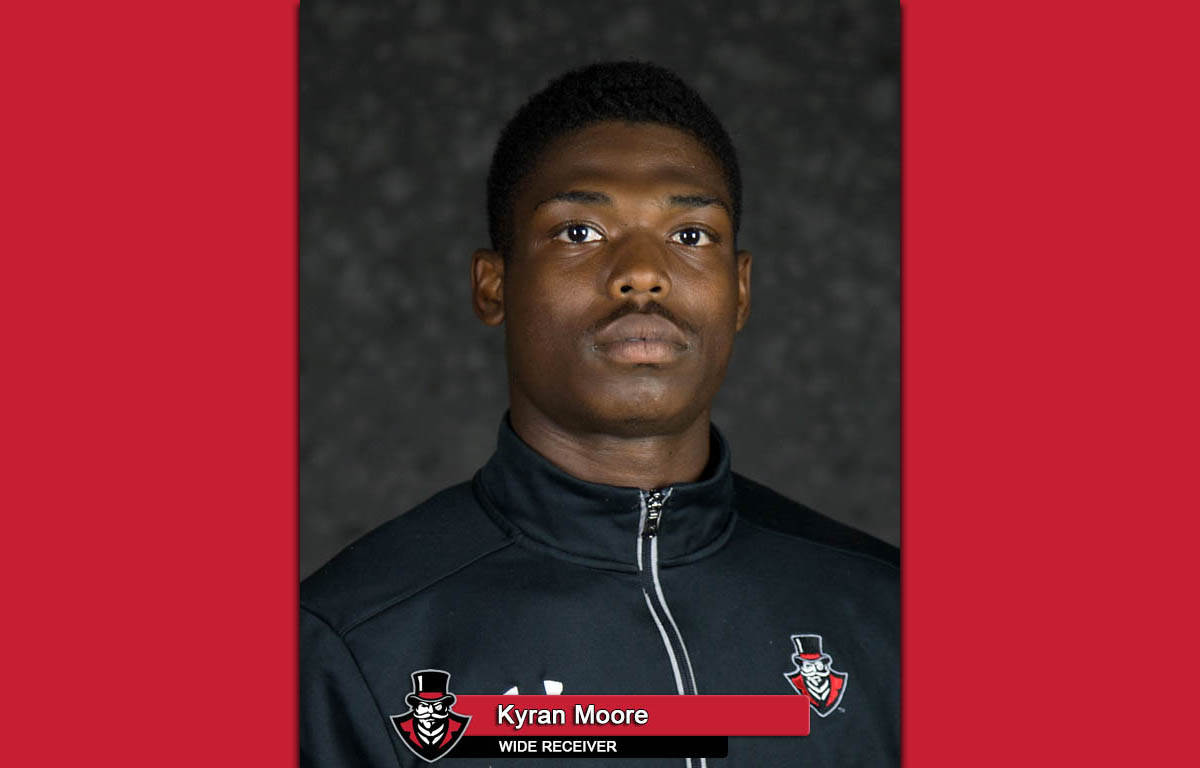 Spartanburg, SC – Austin Peay State University football’s Kyran Moore was selected as the STATS FCS National Special Teams Player of the Week for his performance in last week’s game at FBS No. 17 UCF, as announced on Monday. 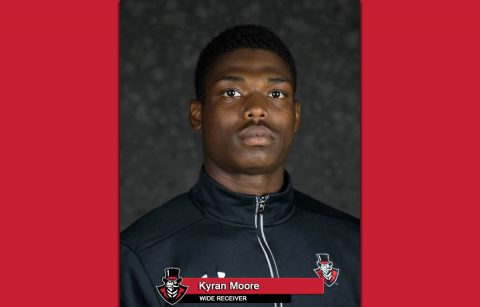 Moore was electric for the Govs in every aspect of the game.

The senior returned a kickoff 91 yards for a touchdown in the second quarter to pull Austin Peay within striking distance of one of the nation’s best teams.

The Bessemer, AL native was also dominant at his usual wide receiver position. He hauled in five passes for 130 yards, including a 35-yard touchdown grab on a spectacular effort in which Moore pried loose a sure interception and turned into six points for the Governors.

In total, “Tiny” accumulated 363 all-purpose yards – the most by any player in Division-I this season – during his career day. Moore joins teammate Kentel Williams (November 14th, 2016 vs. Eastern Kentucky) as Governors who have received the national award.

Moore and the Governors return to action 1:30pm, Saturday as they travel to Tennessee Tech to take on the Golden Eagles in Cookeville, TN.