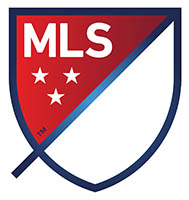 As a result of an innovative private-public partnership between the club’s owners and the community, the team will play in a new, 27,500-seat soccer stadium at The Fairgrounds Nashville in the capital city’s artistic Wedgewood-Houston neighborhood.

“Nashville is a rising city with a passionate soccer fan base, a dedicated ownership group and civic leaders that truly believe in this sport,” said Commissioner Garber. “Nashville continues its ascent as one of America’s most dynamic communities, with its incredible energy and creativity. For us, that makes it a perfect place for MLS expansion. John Ingram and his partners had a plan to bring MLS to Nashville during the last year and they executed it at every level. Thanks to their vision, the soccer fans of Tennessee will soon have their own MLS club and a state-of-the-art soccer stadium that undoubtedly will be a centerpiece of the community.”

John Ingram is chairman of Ingram Industries Inc., and an active leader in the Nashville community as a philanthropist, businessman and sports enthusiast. Ingram has led the bid to bring Nashville to MLS for more than a year and, in May 2017, became the majority owner of Nashville SC, which begins play in the United Soccer League (USL) in 2018.

“This is a landmark day for Nashville and for all of the loyal and ardent soccer advocates in our state and our region,” said Ingram. “During the last year, with the support of our partners, the fans, and civic and community leaders, we were able to make a strong case for why Major League Soccer belonged in the great sports town of Nashville. Thank you MLS owners and Commissioner Garber for your confidence in us. We will have a team that everyone can be proud of, and we will take a leadership role in enhancing the growth of the sport in a region that already has a passionate soccer culture. Nashville is going to be a very worthy addition to MLS.”

Nashville expressed interest in MLS expansion late in 2016, led by the MLS2Nashville Committee, a group of business, civic and sports leaders that believed Nashville should be in the race for a team. That effort was led by eventual U.S. Ambassador to Japan Bill Hagerty and local businessman Will Alexander.

The effort picked up steam when it received the full support of Nashville Mayor Megan Barry to build the soccer-specific stadium on The Fairgrounds Nashville.

The selection of Nashville enhances MLS’ Southeast expansion, which has included substantial successes with new clubs in Atlanta and Orlando. The city of Nashville has already embraced soccer in impressive numbers in recent years. The CONCACAF Gold Cup match between the U.S. and Panama in July drew a crowd of more than 47,000.

Later that month, a state-record 56,232 fans attended a game between Manchester City and Tottenham Hotspur. Attendance was more than 40,000 for international matches between the U.S. and Guatemala in 2015 and Mexico and New Zealand in 2016.

“This is a great day for Nashville and the result of a true team effort from so many people across our wonderful city,” said Nashville Mayor Megan Barry. “Nashville’s soccer fans have supported the movement for a Major League Soccer club from the moment the bid was launched, and John Ingram and his partners, the MLS2Nashville Committee, and local leadership worked together to do what was right for our city. I’m so proud that Major League Soccer has welcomed Nashville to the league. The team and its world-class stadium at the Fairgrounds will be economic engines for business across our community and a place where diverse parts of the community can come together with common purpose.”

In addition to Mayor Barry, Tennessee Governor Bill Haslam assisted in the recruitment of the team, hosting MLS officials and corporate leaders at the Tennessee Residence.

“Tennessee has truly grown into a global brand, which makes us a terrific fit for a sport that’s followed by fans around the world,” said Governor Haslam. “MLS has made a great choice and I want to thank everyone who worked so hard. This is another feather in the cap for Nashville and will only add to the growing economic environment in Tennessee.”

With the addition of the new MLS team in Nashville, 14 clubs have joined MLS since 2004, fulfilling a vision for strategic expansion that has transformed the landscape of professional soccer across North America.

Headquartered in New York City, Major League Soccer features 23 clubs throughout the United States and Canada, with LAFC beginning play in 2018. The League plans to have 28 clubs in the coming years.