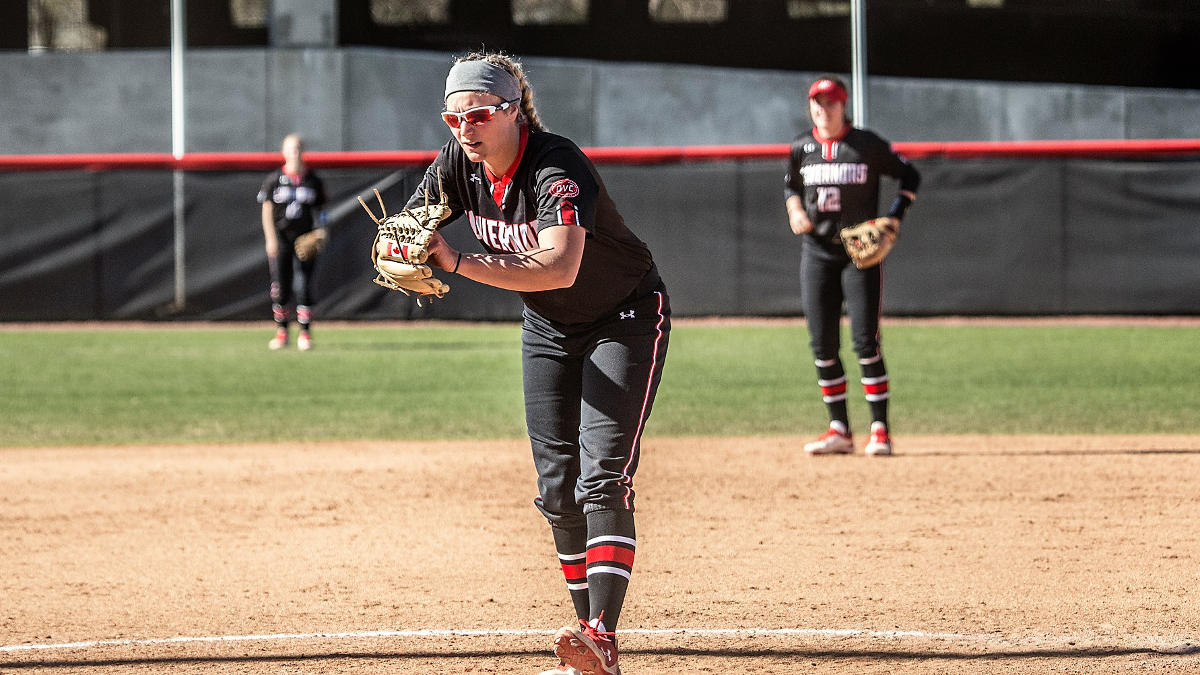 Clarksville, Tn — Morgan Rackel was a force of one for the Austin Peay State University softball team, Tuesday afternoon at Cheryl Holt Field, as the Governors defeated Bradley University in its 2018 home opener, 2-0.

The junior left-handed pitcher from Calgary, Alberta, Canada, pitched a four-hit, complete-game shutout for the Govs (11-7) her third shutout of the season – striking out 10 and walked one – while also helping herself at the plate with two hits, including the game winner versus the Braves (10-11).

In a scoreless pitcher’s duel heading into the bottom of the sixth, freshman Emily Harkleroad opened the inning up for the Govs by hitting the first pitch she saw over the Bradley left fielders head for a double.

After a sacrifice bunt by Brooke Pfefferle moved Harkleroad to third base, Natalie Schilling would reach on an infield hit, steal second, and an out later see Danielle Liermann draw a walk to load the bases and set up Rackel’s heroics.

She didn’t disappoint ripping a 1-2 pitch into left-center field to bring in Harkleroad and Schilling with the only runs of the game.

The Govs return to action this weekend as they travel to Macon, Ga., to play in the Mercer Bears Classic.

With their two doubles versus Bradley, the Govs have now recorded 14 doubles in their last five games.
The win was their fifth in a row the longest such streak since March 20 through 23, 2014.
Morgan Rackel’s double with the bases loaded in the sixth inning was the first hit by a Gov this season with the bases loaded.
Rackel has extended her string of innings pitched without giving up a run to 21.
The five shutouts pitched by the Govs this season is the most by a Govs pitching staff since 2014.

On get a big win in home opener

“It was a tough day to hit, but we played really good defense, pitched really well and got a couple of big hits and won a good ball game. I proud of the girls.”

“Morgan was great today. She’s been throwing it well and did again today. Late in the game she comes up with a big hit, she’s just been phenomenal.”

On the team keeping its focus

“With the success we’ve had lately, they’ve just remained even keeled, they work hard in practice and they’re learning how to win and that’s what winning teams do. ‘

On final in-season tournament at Mercer

“I’m looking forward to the Mercer tournament, there is going to be some good competition there and another opportunity for us to grow and be challenged and see what we can do.”