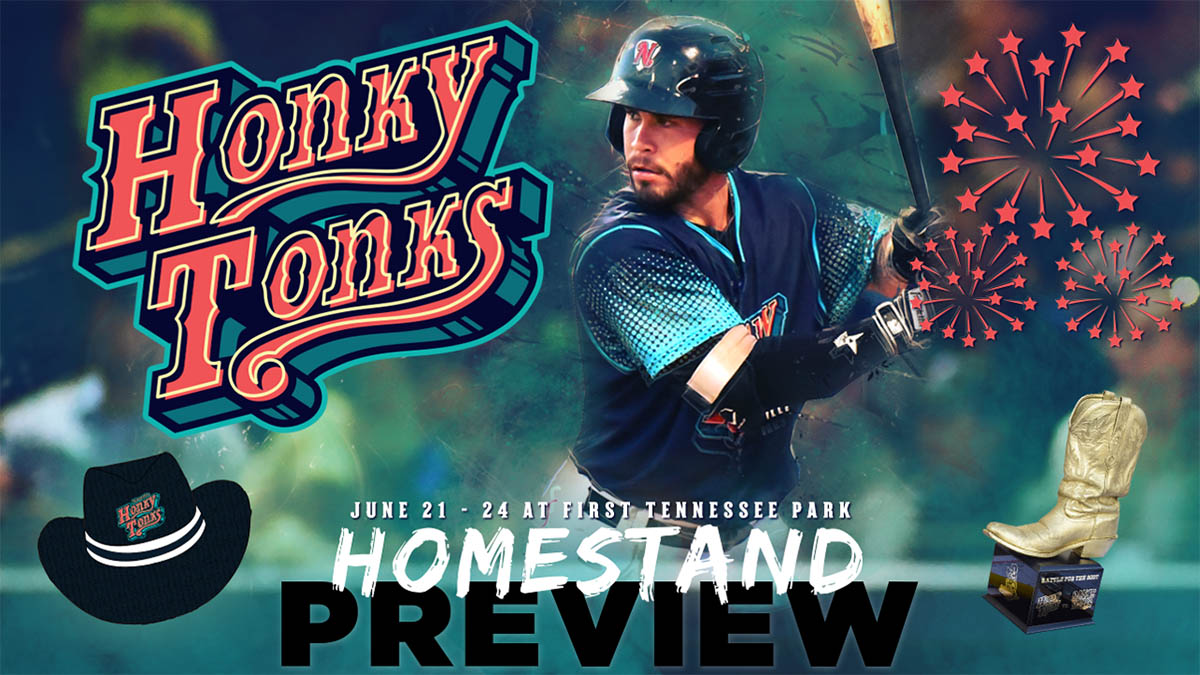 The Honky Tonks need to win three of four to claim the trophy. 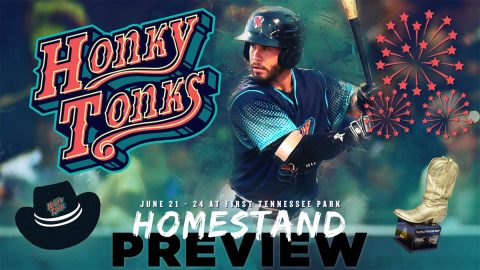 Both teams will wear special uniforms representing the rich music tradition of their respective city.

Additionally, Cumberland Hospitality has provided entertainment with pre-game concerts prior to each game. In the spirt of the series, First Tennessee Park welcomes a mechanical bull that will be set up in the Family Fun Zone during the four-game series.

Below is a preview for each game of the homestand:

Enjoy Saturday at the Park with visits to The Band Box and our Family Fun Zone in the right field corner.

Honky Tonks Jersey Auction benefiting Notes for Notes. The online and mobile auction will begin at 10:00am and finish at the end of the sixth inning. Winning bidders in-ballpark will receive their game-worn signed jersey on the field post-game.

Post-Game Kids Run the Bases (12 & under) presented by First Tennessee.

Seniors and Military families can enjoy a $2.00 discount on single game ticket prices at First Tennessee Park. The offer is valid for any reserved seat section on Sunday through Wednesday games – subject to availability. Offer valid for up to four (4) tickets per I.D. (Seniors 55 +, government issued military I.D. required at box office; no phone orders).