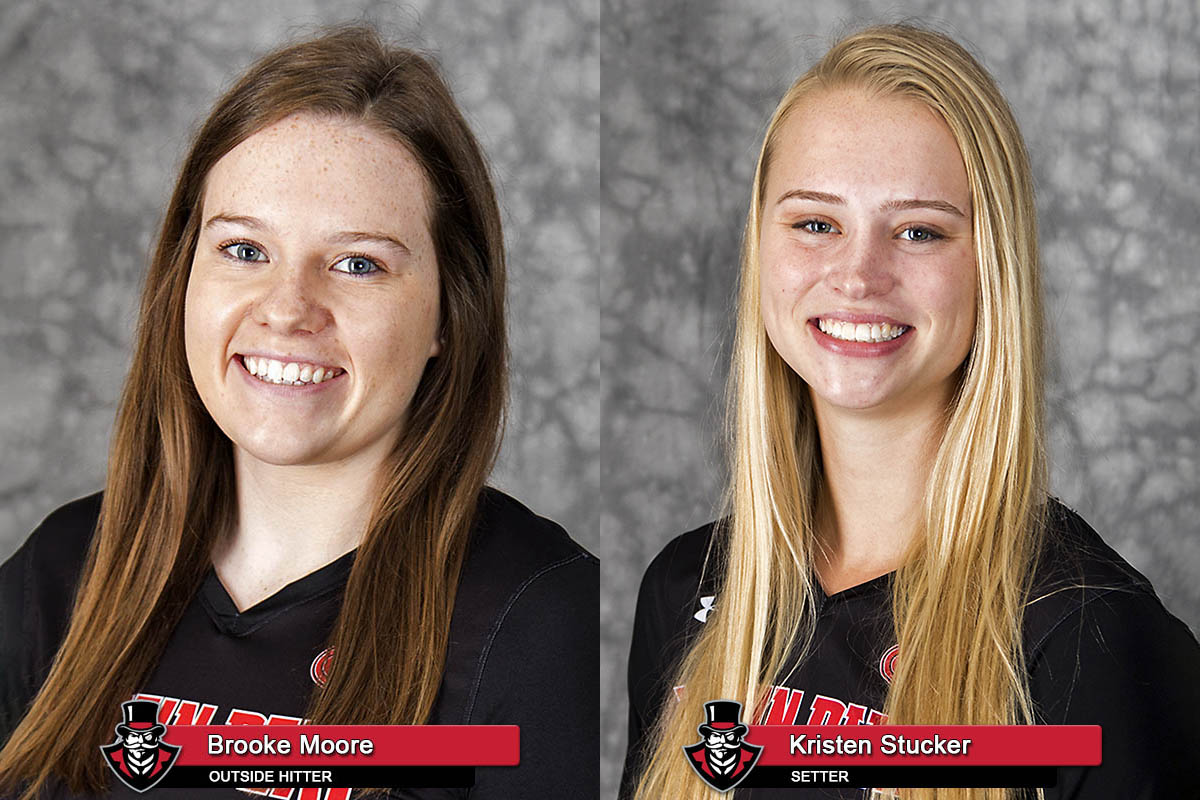 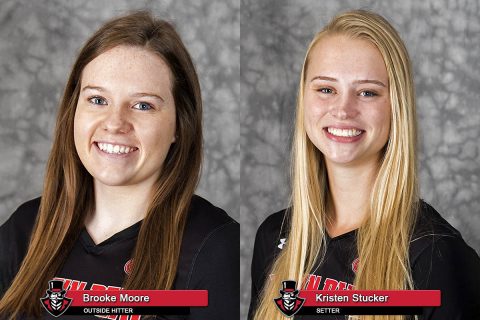 A Louisville, Kentucky product, Moore was named the OVC Offensive Player of the Week for the first time in her career. She had an impressive week on the stat sheet, leading Austin Peay with 58 kills (3.57 per set) while hitting .236.

Moore led the way with 14 in kills while posting a career-high with 24 digs in the Govs four-set win against Ole Miss, Friday. She followed that with her second career 20 kill outing, posting 21 while hitting .261 in a win against McNeese.

Stucker, of Johnson, Iowa, wins the OVC Setter of the Week award for the 17th time in her career and third time in four weeks this season. She led the Govs to a .246 team attack percentage while posting 155 assists (11.07 per set) herself.

In addition to her usual fine work as a setter, Stucker showed off her skills as an attacker at the Rice Invitational, setting her career high with seven kills against Ole Miss before tying that mark hours later against McNeese. She also posted more than 40 assists in all three matches in Houston, averaging 1,092 assists per set as the Govs went 2-1 in the tournament.

Austin Peay has won seven of the league’s weekly honors in the season’s first four weekends.

The Governors now prepare to open OVC play with a pair of road matches this weekend. Austin Peay first meets Southeast Missouri in a 6:30pm, Friday contest. They then face UT Martin in an 11:00am contest in Martin, Tennessee hours before the Govs football team squares off against the Skyhawks.