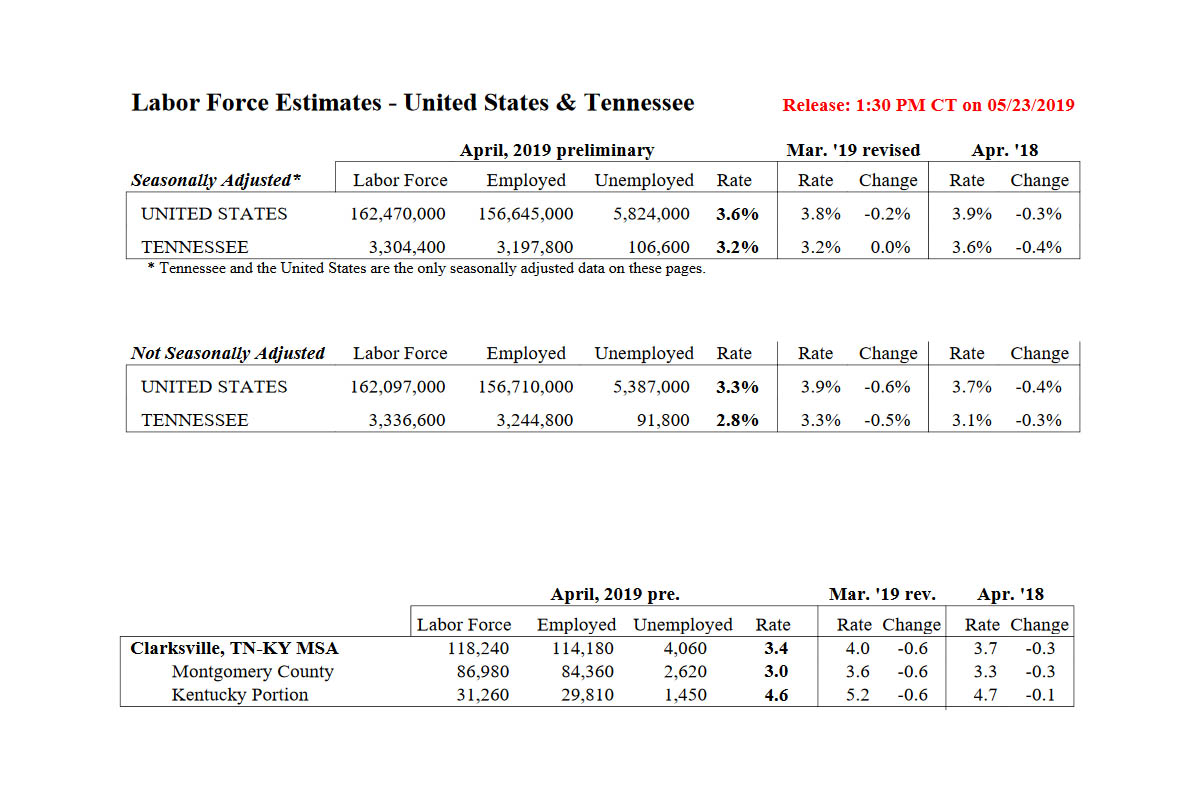 Nashville, TN – According to data released Thursday by the Tennessee Department of Labor and Workforce, unemployment rates for 94 of Tennessee’s 95 counties dropped in April 2019  Development (TDLWD). 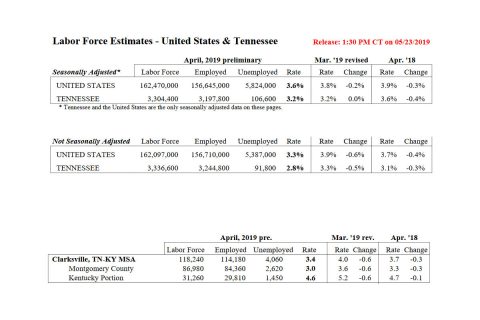 The unemployment rate in Maury County remained unchanged for the month.

Unemployment in Williamson County dipped below 2 percent in April. The county’s current rate of 1.9 percent marks a 0.5 of a percentage point drop from the previous month.

Davidson County’s unemployment rate hit a record low during April; it dropped by 0.5 of a percentage point and now sits at 2 percent. Rutherford County followed at 2.1 percent, while Cheatham County, Wilson County, Moore County, and Sumner County each recorded a rate of 2.2 percent in April.

Statewide, unemployment remains at Tennessee’s historic low of 3.2 percent. It is the third consecutive month the rate has been at the record level.

County unemployment rates are not seasonally adjusted, while the state and national rates use the seasonal adjustment to eliminate outside influences on the statistics.

A complete analysis of the April 2019 county unemployment data is available here. You can find additional information about Tennessee labor statistics on the state’s workforce development website, www.Jobs4TN.gov