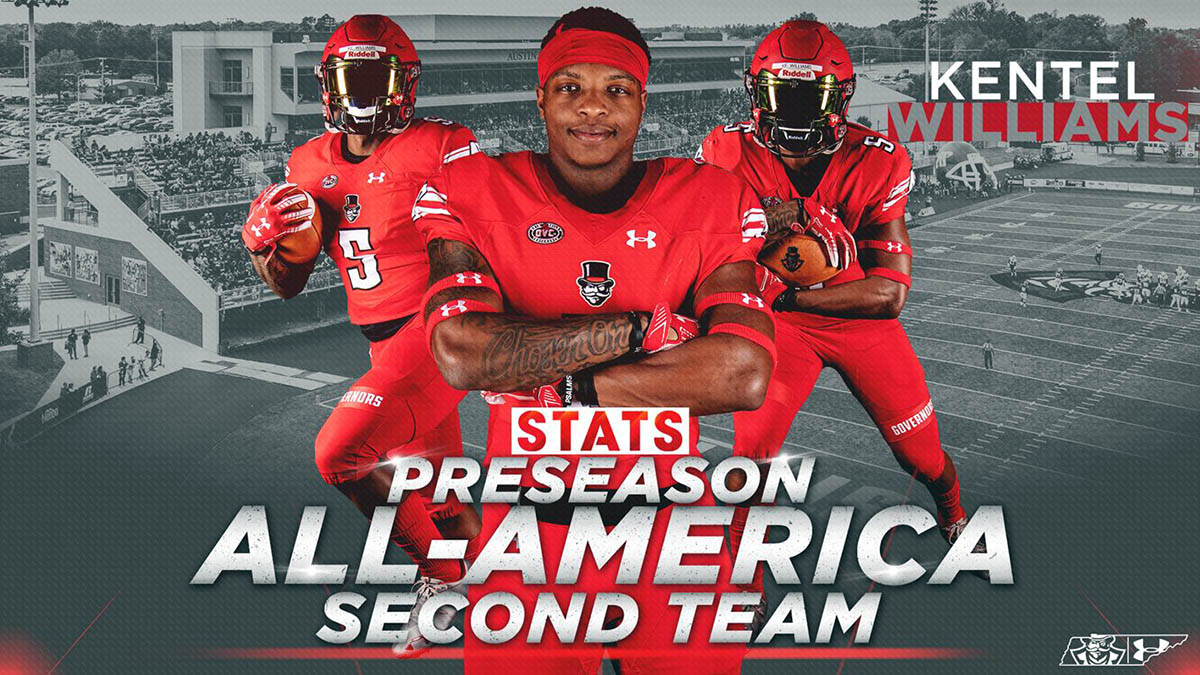 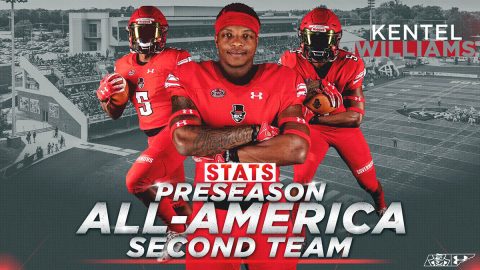 Williams led the FCS in yards per carry a season ago, averaging 7.99 yards per rush.

He finished second in the Ohio Valley Conference in rushing yards, racking up 831 yards and seven touchdowns on 104 carries.

In recognition of his all-around efforts a season ago, the Associated Press tabbed Williams as a Third-Team All-America selection as an all-purpose back.

Williams enters the 2019 campaign as an offensive leader for the Governors, as he was one of two Govs named to the Preseason All-OVC Team a week ago at the conferences’ football media day.

In his three seasons in Clarksville, Williams has already established himself as one of the top running back talents to come through the program, as his 2,046 career rushing yards rank sixth all-time at APSU, and his 15 career rushing touchdowns are tied for seventh all-time.

Williams and the rest of the Governors begin preparations for the 2019 campaign when they report to fall camp, Thursday, August 1st. They will kick off the season, 7:00pm, Thursday, August 29th, against North Carolina Central inside APSU Fortera Stadium.