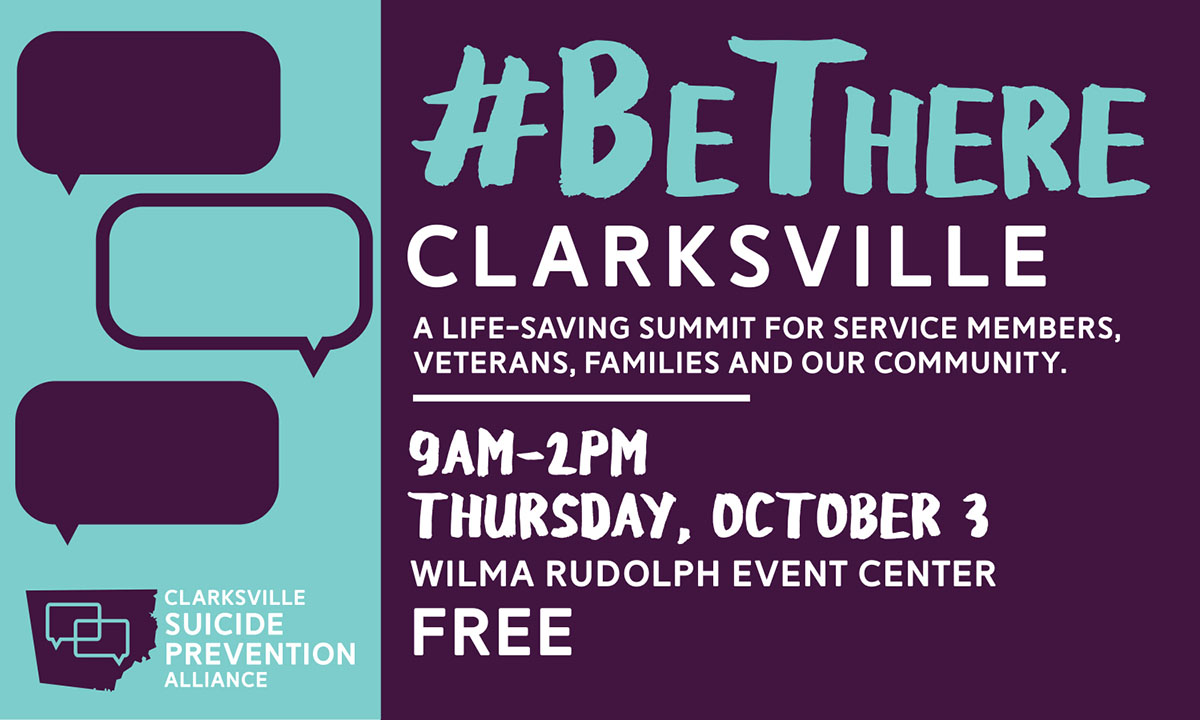 Clarksville, TN – An impressive lineup of speakers with deep experience in health care delivery to service members and veterans will gather in Clarksville next month for a community-focused suicide prevention summit. 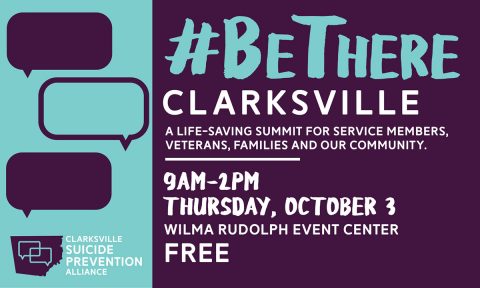 #BeThere Clarksville, A Life-Saving Summit for Service Members, Veterans, Families and Our Community, will be from 9:00am to 2:00pm on Thursday, October 3rd at the Wilma Rudolph Event Center.

Community members and caregivers from all walks of life — especially service members, veterans and their families — are invited to attend.

The free event is sponsored by the Clarksville Suicide Prevention Alliance, a group working to prevent suicide by promoting a comprehensive public health approach that empowers the Clarksville-Montgomery County community to take action.

She served as the Lead Clinician for the Steven A. Cohen Military Family Clinic at Centerstone and previously as Director of Clinical Services for Centerstone’s Military Services. Robison is the child and grandchild of Air Force veterans, a military spouse and a military parent.

Another skilled presenter at #BeThere Clarksville will be Burks, whose role at the Tennessee Department of Mental Health is engaging and connecting Tennessee’s faith communities to the behavioral health care system, with the goal of expanding addiction and mental health support services across the state.

Campbell, of the VA’s MidSouth Healthcare Network, will also speak about the VA’s role in suicide prevention. As Chief Mental Health Officer, Campbell supports the delivery of mental health programs for veterans at seven medical centers and 43 outpatient clinics, primarily in Tennessee and Kentucky.

Campbell spent 22 years in the U.S. Air Force, deploying to Croatia and Iraq before retiring in 2011 at the rank of Colonel.

Col. Birchfield has served as an airborne treatment platoon leader, company executive officer, battalion flight surgeon and brigade flight surgeon for the 101st Combat Aviation Brigade for a year at Kandahar Air Base in Southern Afghanistan.

#BeThere Clarksville will serve to introduce the community to the Clarksville Suicide Prevention Alliance and to kick off its efforts to reduce suicide through effective messaging, caregiver training, crisis intervention and data gathering and analysis. A longer-term goal is to establish structure and funding for a full-time community suicide prevention coordinator.

In addition to speakers, the event will include panel discussions and booths staffed by veterans advocacy and service organizations. The event is free and light refreshments will be served. Courtesy registration is available online at http://bit.ly/2kdRRfF