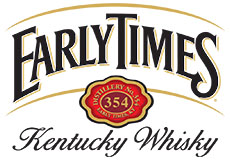 Clarksville, TN – Early Times, an All-American Whisky since 1860, searched the country to find “All-American Dogs” and has selected a Clarksville, Tennessee dog as one of the 10 winners in a national contest.

On Monday, August 3rd, 2020, a billboard featuring Camber was also revealed in Clarksville on I-24 near exit 4.

“Rambunctious Camber’s strength caught our eye,” said Robert Trinkle, Partner and Senior Vice President, PriceWeber. “At three months old, he had to undergo surgery for a broken leg, but his injury didn’t slow him down and he never missed a step. That is the kind of determination that makes him an Early times All-American dog.”

“My husband is a United States Army veteran who suffers from post-traumatic stress disorder,” said Camber’s owner, DeeAnn Purcell. “If he makes any sounds in his sleep, Camber checks on him. Any time my husband doesn’t feel well, Camber senses it and stays near him. He even waits up each day for my husband to come home.”

The 10 winners hail from Kentucky, Alabama, Florida, North Carolina, Tennessee, Maryland, Ohio, Virginia, Nevada and Indiana. The Early Times 2021 All-American Dogs calendar includes stories of redemption, lifesaving-heroics, military training and unwavering companionship, and will be available to the public in a downloadable and printable version on the Early Times website.

The calendar will also feature Molly, the one-year-old rescue dog sponsored by Early Times. Molly is training to become a service canine as part of the brand’s longtime partnership with K9s For Warriors, a nonprofit organization committed to training service canines for military veterans suffering from post-traumatic stress disorder (PTSD,) traumatic brain injury, and other trauma resulting from post-9/11 military service.