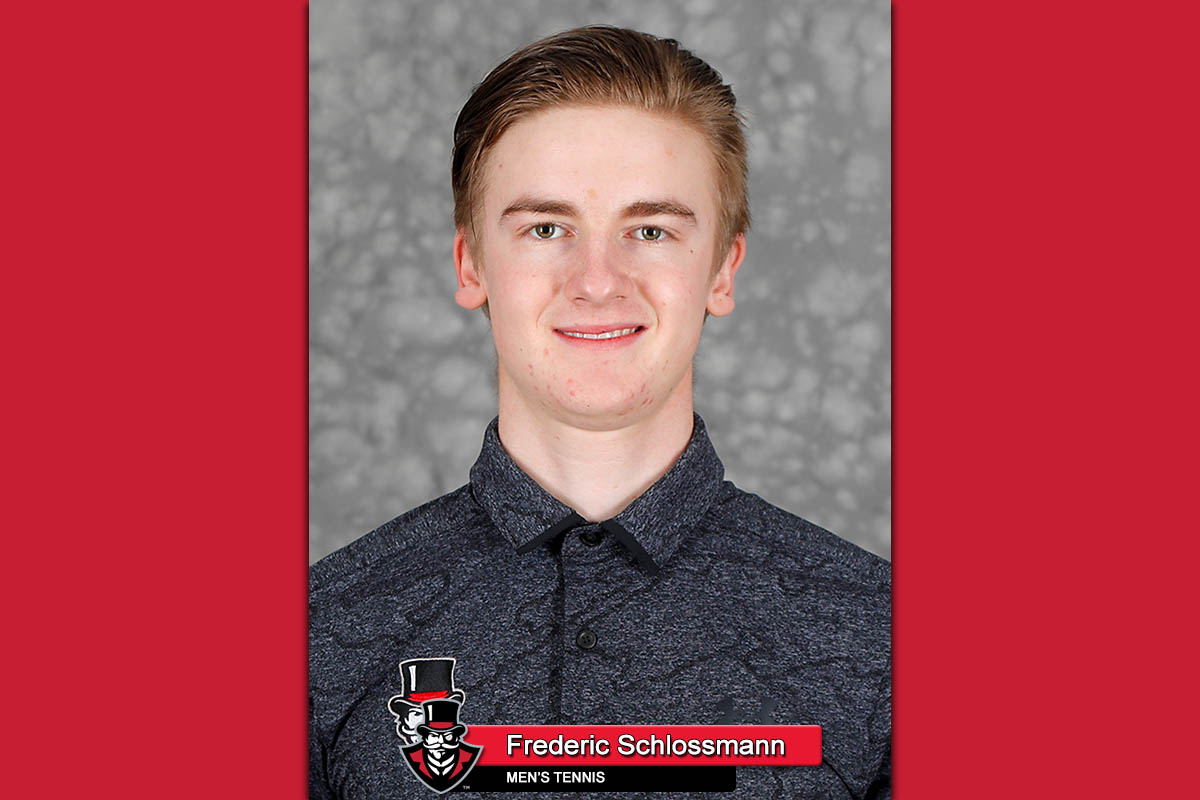 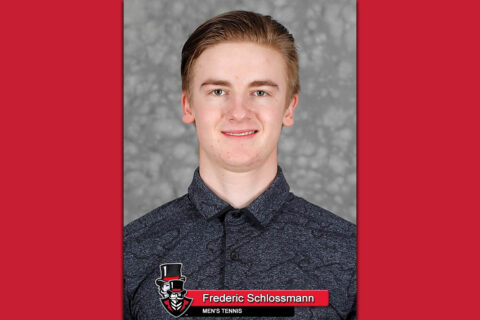 Schlossmann posted a 4-8 mark in singles play during his freshman campaign, winning twice in No. 2 singles before moving to No. 1 singles and winning twice more in the final five matches of the season.

In doubles play, Schlossmann partnered with Anton Damberg to win a team-best three matches as the Governors No. 1 doubles duo.

Schlossmann and the rest of the Austin Peay State University men’s tennis team will be back in action at the OVC Men’s Tennis Championship when they play a semifinal match against Tennessee Tech, April 24th, at the Wesselman Tennis Center in Evansville, Indiana.

For news, scores, and schedule updates, be sure to check back at LetsGoPeay.com or follow the APSU Governors men’s tennis team on Twitter (@AustinPeayMTN).