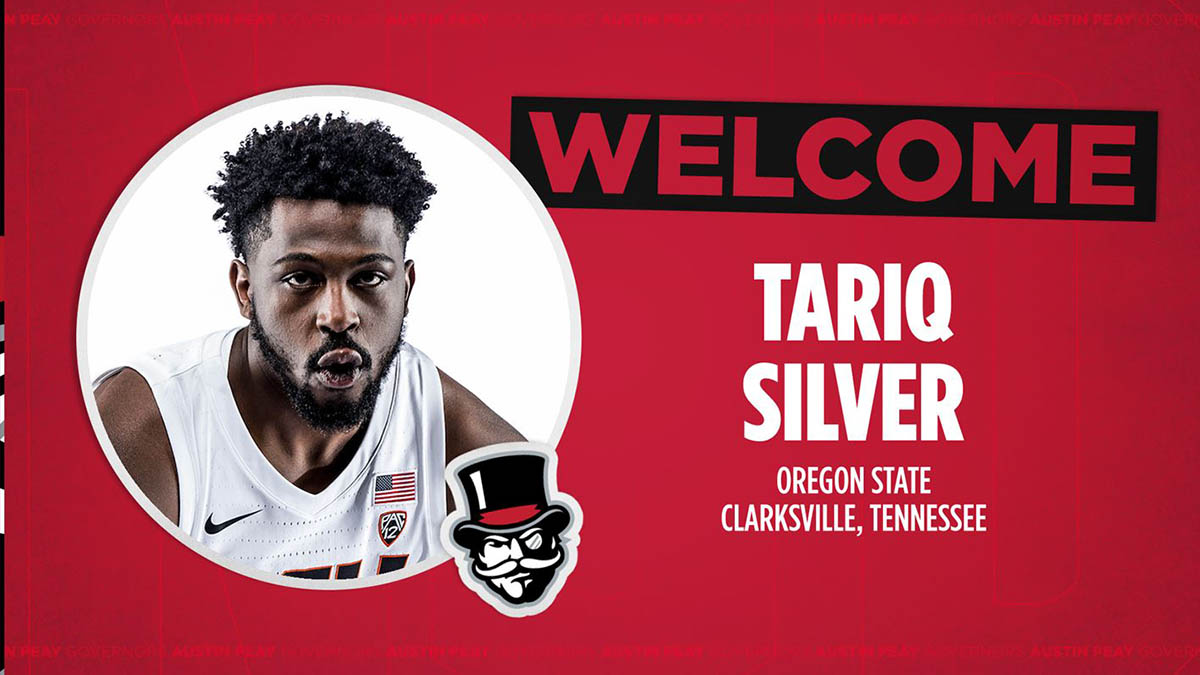 Clarksville, TN – A local kid made good is coming home. Tariq Silver, who starred at Northwest High School and was recently a key component of the Oregon State squad that made its first-ever Elite Eight appearance since 1982 in the 2021 NCAA Men’s Basketball Tournament, is officially a part of the Austin Peay State University (APSU) men’s basketball program as the latest addition in a rapidly-evolving class being put together by newly-minted head coach Nate James. 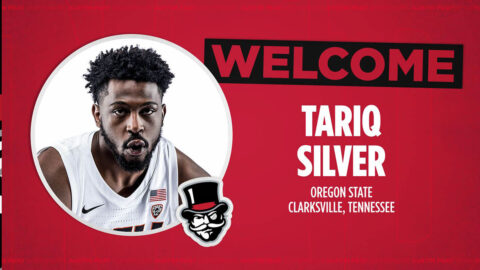 Silver will be the first player hailing from Clarksville to suit up for the Govs since Jeremy Purvis, Damarius Smith and Zavion Williams played for their hometown school during the 2014-15 season.

Last season, Silver was a key contributor for the Beavers in their march from the No. 5 seed in the Pac-12 Tournament to the party-crashers of the NCAA Tournament’s Elite Eight. Along the way, Oregon State toppled Tennessee, Oklahoma State, and Loyola-Chicago before being halted by second-seeded Houston.

Between March 12th and the end of their run against the Cougars, Silver and the Beavers won four straight games against top-25 competition, each win-or-go-home affairs.

The Northwest product averaged 7.4 minutes per game in 23 appearances for the Beavers, earning playing time in all four NCAA Tournament games and putting in 15 minutes of work against Oklahoma State. For the season, he hit 41.9 percent from the floor and 38.9 percent from beyond the arc.

Prior to his time in Corvallis, Silver spent a season at Tallahassee Community College, where he was ranked as the 17th best player in the nation by 2020 JUCORecruiting.com after averaging 12.1 points, 4.2 rebounds, and 1.8 assists while shooting 45.5 percent from beyond the arc. Silver’s performance earned him both Panhandle Conference Newcomer of the Year and First-Team All-Conference honors.

Silver spent two seasons at Eastern Michigan, redshirting during the 2017-18 campaign and making 22 appearances for the Eagles in 2018-19. He also made two starts during his time in Ypsilanti.

During his prep career, Silver was both the TNSports360.com Player of the Year and The Leaf-Chronicle All-Area Player of the Year after leading Northwest to its first district championship in 22 years. It took him just two seasons to score 1,000 career points for the Vikings, in part because of an absurd senior campaign that saw him post 22 points, eight rebounds, and five assists per game.

“Tariq is a big-time shooter who has proven he can hit clutch shots on the biggest state,” James said. “Playing for Oregon State, he was part of a Pac-12 championship team who made a remarkable run during this past season’s NCAA Tournament. Tariq is certainly not afraid of the moment. I’m excited for him to come back to Clarksville and bring the needed experience, leadership, and scoring to help Austin Peay win OVC Championships.”


“The opportunity to play for Coach James alone is great,” Silver said. “Adding my hometown to the mix is something I couldn’t pass up. We have a chance to do something special and I can’t wait to be a part of it. Let’s Go Peay!”